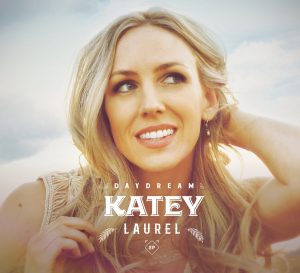 We’ll be at Telluride Bluegrass Festival June 21 – 24. The 2017 fest’s Band Contest winner, Sugar and the Mint, earned a main stage slot this year, plus help on their debut release, “Just Past Midnight.” Anna Frick mastered the recording, which was engineered by Jon Gold and James Tuttle at eTown Studio. This year’s winner can look forward to the same studio prize, assuring they’ll have something that sounds great to sell at next year’s fest.

The Audio Engineering Society presents its 28th annual International Conference on Audio Archiving, Preservation & Restoration at The Library of Congress’s National Audio-Visual Conservation Center in Culpeper VA. Dave and Anna will both be attending June 28 – 30, and look forward to seeing colleagues. They’ll report back via the news blog on our website.

Physical EP of the six songs from Katey’s 2018 release, “Daydream.”

Includes digital pre-order of Daydream. The moment the album is released you’ll get unlimited streaming via the free Bandcamp app, plus a high-quality download in MP3, FLAC and more.
shipping out on or around June 26, 2018

Grateful Dead Meet Up At The Movies; Volume 6 of the singles reissue series

August 1 is the Grateful Dead’s annual Meetup At The Movies, this one featuring the band’s last show at Philadelphia’s JFK Stadium, July 7, 1989. The band was soon to release “Built to Last,” earning their first Top Ten single, “Touch of Gray.”

The last song the band played that night was a cover of Bob Dylan’s “Knockin On Heaven’s Door.” Dave Glasser mastered this surround show, and says it’s a keeper, for the encore alone.

From their masterpiece album “American Beauty” comes the next singles reissue, “Truckin'”and “Ripple,” mastered by David Glasser from the original masters with Plangent Processes. “Truckin’,”edited for the 45 and radio play, will surprise those who are familiar with the album version and Jerry Garcia’s solo. This limited-edition run is available for pre-order.

We’re enjoying the fresh artwork for this reissue series, this time by Jonathan Lane.