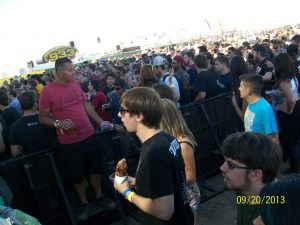 The City of Denver’s Office of Special Events has recommended moving forward in the process to host a massive music festival set in Denver’s Overland Park Golf Course.

Concert promoter Superfly has also confirmed that Denver is its choice for the festival, taking the possibility of a Westminster music festival off the table.

The festival would be produced solely by Superfly, the company that puts on San Francisco’s Outside Lands and Manchester, Tenn.’s Bonnaroo, one of the nation’s largest music festivals. Though they had initially worked together on the proposal, AEG will no longer be involved in producing the event.

“We have worked with Superfly for many years and know that their high standards for producing exceptional events will result in a festival that Denver and Colorado will be proud of,” Chuck Morris, the CEO of AEG Presents, said in a news release.

The next step will be contract negotiations between Superfly and the city. If a contract is agreed upon, it will be presented to City Council to be voted on, which will ultimately determine whether or not the festival happens.

“It’s an exciting opportunity for Denver,” Katy Strascina, the executive director for the Office of Special Events stated in a release. “We look forward to continued community engagement through the next phase of the process to ensure that local interests and values continue to play a part in the planning of the festival.”

Modeled after San Francisco’s Outside Lands, the proposed annual three-day festival would begin in 2018 and is projected to attract 30,000-60,000 people per day.