Home Colorado Music-Related BusinessBUSINESS NEWS: Denver’s Thriving Arts Scene was Headed for Its Best Year Yet – Then the Pandemic Hit

BUSINESS NEWS: Denver’s Thriving Arts Scene was Headed for Its Best Year Yet – Then the Pandemic Hit

By John Wenzel & Ray Rinaldi, The Know – Denver Post | When crowds of people return without fear to public events, they’ll be hungry for musicals and symphonies, street festivals and First Fridays. But ready and willing as they are, Denver’s best-known cultural nonprofits have grown increasingly nervous about their uncertain future.

For the past three months, social distancing and thousands of canceled events have ravaged one of the city’s most vulnerable sectors. Cultural nonprofits rely on fundraising, tax dollars and people buying tickets to support live dance, theater, music and visual art. Since March, all are at risk.

The metro-area’s arts scene had found a fragile stability in recent years, living in the sweet spot between population growth and skyrocketing rents. Some artists have been pushed out as their remade neighborhoods caught the eye of developers, while others saw investment and expansion, new audiences and critical acclaim.

These hard-won gains threaten to evaporate as costs mount, revenues continue to slide and artists lose their primary income. As of early May, a survey of America’s $800 billion arts and culture sector found nearly 62 percent of artists responding had become fully unemployed because of the pandemic, The New York Times reported.

Denver’s thriving arts scene was headed for its best year yet. And then the pandemic hit. 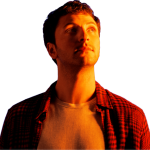 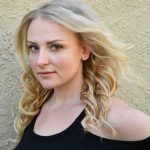