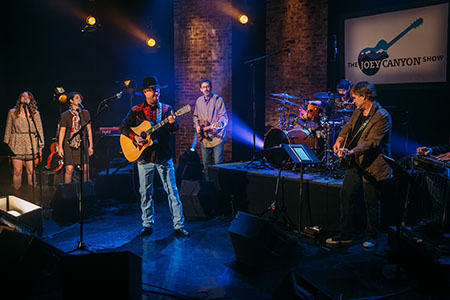 NASHVILLE, TN – Traditional country music fans have plenty to look forward to on upcoming episodes of the national variety series “The Joey Canyon Show,” airing on RFD-TV. The program, which is shot on-location in scenic Denver, Colorado, features the who’s who in music.

The hit show has just announced the next round of airings featuring country music singers Jonathan McEuen, Jennifer McCarter and Wynn Varble.

Hosted by Denver’s own Joey Canyon, the show aims to entertain fans in a location “where the music meets the mountains.” As a traditional country artist, Canyon has made it his mission to showcase artists that he loves, while also showing off his home land on a bigger, national scale. The Denver Post took readers inside the studio for the final day of tapings for season one, which will air later this year. The show is also co-hosted in season one by country singer/songwriter Dean Miller, who is the son of country chart-topper Roger Miller.

“The Joey Canyon Show” airs in over 65 million homes nationwide on RFD-TV. The program is carried by Comcast, Direct TV and Dish.

For more information on Joey Canyon, as well as The Joey Canyon Show, visit http://www.JoeyCanyon.com

[Thank you to Rudy Grant for contributing this information!] 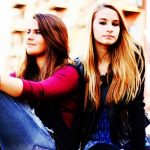 Next:
KUDOS TO: Facing West – Caitlin & Sidney Powell – Playing the ASCAP Expo // Eric Tingstad Nominated for Album of the Year