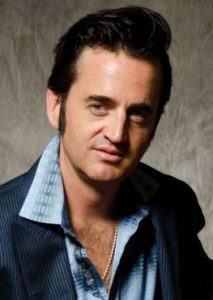 From Jonny Barber on Facebook, 2/21/18: Exciting news! The Colfax Museum has been offered a bigger space, on Capitol Hill, with all kinds of new amenities. This means you have until the end of March to visit the original location for some braggin’ rights selfies… Also it’s LAST CALL for artists or people with contributions to the museum before we film the documentary, so the time to act is now. Thanks again, and thanks to all those who have contributed so far!

[Denver’s very own Jonny Barber, a/k/a The Velvet Elvis, and lead singer with the band SPIV, is a huge Colfax Avenue fan and runs the website http://www.colfaxavenue.com Look for his and Ryan Chrys (“Colfax Jesus”) new documentary coming out in the near future!]

Previous:
REPORTS: Kendrick Lamar’s ‘Black Panther’ Album is a Hit — and It Could Change the Music Industry
Next:
KUDOS: Slopeside Announces New Album and Summer Plans