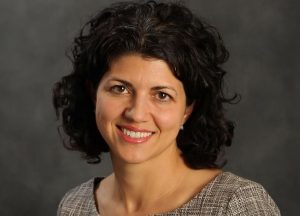 After eight years as the executive director of Denver Arts & Venues, Kent Rice is retiring and will officially step down on December 7. He will be temporarily replaced by Ginger White, the current deputy director.

Rice has been the head of Denver Arts & Venues through massive changes in the city as well as a boom in the city’s economy that has left some artists bemoaning the sour effects of gentrification and many others celebrating the benefits of a thriving creative sector.

Rice came into the job under Mayor John Hickenlooper’s administration in 2010, and was reappointed to the position in 2011 by Mayor Michael Hancock.

“Kent has been a superb leader and public servant, and his impact as a seasoned executive and dedicated public servant will be with us for years,” says Mayor Michael Hancock in a statement. “He and his highly qualified team have been able to deliver impressive results in our venues year after year, while burnishing Denver’s already well-regarded arts and cultural scene. While Kent will be greatly missed, I couldn’t be prouder of the way he has elevated arts and culture here in our city to new and wonderful heights.”

Under Rice’s tenure, the city’s Theaters and Arenas Division merged with the Office of Cultural Affairs, and revenue for the combined department more than doubled, from $21 million to $54 million. He led the agency through the revitalization of the McNichols Building, created long-term plans for the Denver Performing Arts Complex and the Colorado Convention Center, and launched the Imagine 2020 Cultural Plan.
> > > > > > > > >

[Read the whole article at the URL linked below]