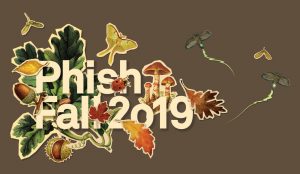 By Kyle Harris, Westword | Phish heads expecting to camp outside Dick’s Sporting Goods Park in Commerce City over Labor Day weekend for the band’s three concerts, which start on August 30, just received some bad news: The Tri-County Health Department announced today, August 20, that it has restricted parking at the venue to asphalt lots, that overnight camping will be prohibited, and that vendors — who had planned to set up in the grass — are no longer allowed on site.

“On August 1, Tri-County Health Department recommended closure of numerous sites in Commerce City due to plague-carrying fleas affecting the prairie dog colonies,” according to a statement from the agency, which covers Adams, Douglas and Arapahoe counties. “Numerous sites with plague-infected fleas affecting local prairie dog colonies will remain closed through Labor Day weekend so that authorities can continue to treat the prairie dogs’ holes with insecticide to kill any remaining fleas that could transmit the disease to prairie dogs, people, and pets.”

But planned soccer tournaments and the Phish shows are still happening. “Based upon the activities and Tri-County Health and their communications with us, there’s no basis that we will have to move the event,” says AEG Presents Rocky Mountains Senior Talent Buyer Don Strasburg. “Tri-County Health has spent the last three weeks actively addressing this issue, which I’m sure has further mitigated any risks.”

AEG will announce alternate transportation to the venue in the coming days. And should there be further problems, Strasburg says the promoter has backup plans.

“All parties involved with events of this magnitude take every precaution and attempt to have every available resource engaged in the event of unusual situations,” explains Strasburg, who says he plans on being at Dick’s throughout the weekend.

Phish told fans on its website that the band will be refunding camping and RV parking tickets:

An Announcement Regarding Camping & Parking At Dick’s Sporting Goods Park: As you may have heard, there have been ongoing cases of plague in prairie dog colonies in the Rocky Mountain Arsenal National Wildlife Refuge this summer. Fortunately, the Tri-County Health Department has advised that Dick’s Sporting Goods Park (DSGP) is safe to host Phish’s concerts over Labor Day weekend. While there have been no confirmed cases of plague on site at DSGP, as an extra measure of caution, the Health Department has restricted parking at the venue to asphalt lots – concertgoers will not be allowed to park on unpaved lots or grass.