Meow Wolf is making a $50 million investment in its new attraction in Denver. (image provided by Meow Wolf)

Meow Wolf is the Santa Fe-based arts and entertainment company that started as a DIY arts collective over a decade ago and has turned into a massive corporation with projects in multiple states, including a Denver facility slated to launch in 2021. But late last year, the company was hit by lawsuits from former and current employees in both Santa Fe and Denver.

Williams’s only comment on the end of the case: “It’s resolved.”

A spokesperson for Meow Wolf was even less revealing: “We are unable to provide a comment at this time.”

Williams was a Meow Wolf employee when they filed the suit; a source at Meow Wolf confirms that Williams is no longer working with the company. The terms of the settlement are private.

Meow Wolf’s Denver Director of Community Outreach, Zoë Williams (no relation to Mar Williams), also filed suit in Santa Fe District Court, claiming that the company was engaged in various forms of gender discrimination and harassment. Zoë Williams has not responded to multiple requests for comment on the state of this case.

“I do have some hope that Meow Wolf does something to actually address the problems instead of just paying lip service,” Williams said when the lawsuit was announced. “Knowing what’s going on means Denver artists are going to be better equipped to stand up to them and get better treatment.” 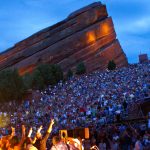 Next:
BUSINESS NEWS: Sweetwave Audio Can Help You With Your Next Event Production