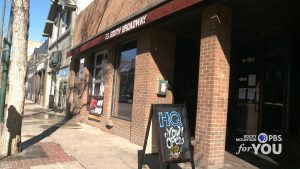 By Jeffrey Dallet, RMPBS | The COVID-19 pandemic has ravaged communities across the world for months now, and Denver is no exception. In Denver, as with many cities, small independent music venues have fallen victim to COVID-19 and have closed their doors permanently.

On the fashionable South Broadway corridor, the well-known rock club 3 Kings closed its doors for the last time in March.

“We’ve always loved this location, love this neighborhood, and wanted to be able to be a part of it. And so, when 3 Kings closed during the pandemic, we contacted the landlords and saw it as an opportunity to finally get a space that we really wanted,” said Scott Happel, co-owner of HQ.

But why open a music venue during a pandemic, when most of live music has been suspended indefinitely?

“The timing is what it is. We weren’t going to pass up the opportunity to take over the place we’ve been trying to get for years, just because of this. We’re either going to be the two smartest guys in the world or the two dumbest guys in the world for doing it,” adds Peter Ore, the other co-owner of HQ.

During the winter months, and with the city’s new COVID-19 restrictions just put in place, things could get very lean, but Happel and Ore have plans.

“We’re at the mercy of the city’s decisions in a pandemic, but we have some DJ events, there’s talk of a clothing company that wants to do a pop up (here), just little things like that to try to get a few people in,” says Ore. “We’re just going to try to do the little things to keep people in here so that we can keep going and make it to the end, where we can actually pack this place with live music.”

Happel and Ore say they don’t mind waiting until the spring to put on their first show.

“We sort of made the decision that we didn’t want to do reduced capacity shows in this space,” says Happel. “Let’s let our first show be a show we’re super excited about even if that’s April or May or whenever it is.”

“We want as diverse a calendar as we can, and we want people to know if they come here for a show. It’s going to be a bigger, cool show,” adds Ore.

As the 3 Kings club was such a popular venue, the new HQ has been met with resounding optimism.

“It’s been overwhelmingly positive, Happel says of the response to HQ’s opening. “I think we’ve created a really cool space here. It’s very unique. It’s available to a lot of different people’s aesthetic. You can come in here whether you have a mohawk or a suit on, and feel comfortable in here, and that’s what we want to do.”

Although the 3 Kings’ gritty vibe was an admirable quality, Happel says he wanted to create their own personality with HQ.

“I think two things were important to us: the first one was that we can’t run someone else’s business. 3 Kings was awesome; we both loved it, we both spent time here…but that’s not our business,” Happel says. “We didn’t want to feel like we were trying to run a business that already existed. We wanted to make it uniquely ours.”

Happel and Ore also want people to know that safety is their number one priority.

“I’m the super nervous COVID guy,” Ore says, “I feel there’s no other way but to be super cautious. We’ve purposefully set this place up very socially distant, we kind of set this place up to be overly spaced out. You can come in here and be away from people – more so than you can most other places.”

Ore adds that patience is the key. “This is one of the best 5 block stretches in Denver,” he says. “I’ve been promoting concerts for 25 years in this town, and I have no doubt we will make this place epic.”

[Our thanks to COMBO board member David Barber, http://www.rockoncolorado.com, for contributing this article.] [Editor’s note: Jeffrey Dallet is a COMBO member who was a winner in our songwriting contests. http://www.jeffreydallet.com He and his band also performed in our Songwriting Contest Showcase. Good work, Jeffrey!] 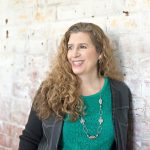 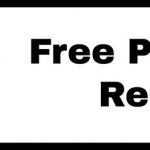 Next:
TALENT NEEDED: Free People Records is Looking for Songs for Their Compilation Album