By Kyle Harris, Westword | When 3 Kings Tavern announced that it was going out of business a few weeks ago, Denver’s music scene lamented the loss of yet another independent venue. But while hundreds were bemoaning the death of a rock institution, Peter Ore and Scott Happel, two of the owners of the Oriental Theater, were in talks with the landlord at 60 South Broadway about renting the space.

On Monday, June 15, the two signed a lease, and two days later, they were in the bar, scraping off the old stickers, tearing down the 3 Kings decor, and calling contractors to fix up the room.

If all goes as planned and the government response to the coronavirus permits it, Ore and Happel will launch HQ, a new independent music venue, in the 3 Kings spot by early August…or as soon as they can.

“Clearly, it’s going to be a music venue and bar,” says Ore. “We want to have all genres and types of programming. We don’t want to get pigeonholed into one thing. The greatest strength of the Oriental is that there is something for everyone, and we envision a similar calendar here.”

While smaller venues struggle to compete in a market dominated by Live Nation and AEG Presents, Happel’s business chops and Ore’s quarter-century of experience and connections as a talent buyer for the likes of Live Nation, Soda Jerk Presents and, more recently, the Oriental and Streets Denver put them in a competitive position. 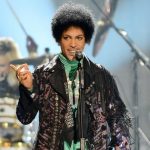