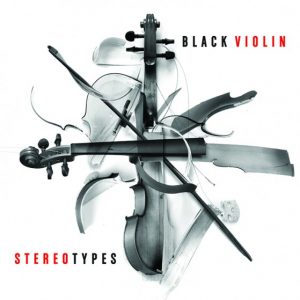 They say most people assume they are football players, but their true love is the violin. The world renowned duo “Black Violin” is bringing people together through music, combining classical violin with the excitement and fun of hip hop.

Performer Will B. Baptiste says their message is all about positivity. “With what’s going on in our country, our shows are very diverse, very inclusive so our music does all the talking.”

Black Violin performed for audiences in Denver last week at the Newman Center for Performing Arts on the University of Denver campus and in Ft. Collins on September 30th.

The Black Violin show, complete with a DJ and drummer, has captured the hearts of audiences around the United States and worldwide from Japan to Dubai and Switzerland to South Africa.

“We come on stage and what you thought you were going to see or hear is completely shattered,” Baptiste said.

The duo explains that music is a universal language, just like love.

Kev Marcus emphasizes that “the best musicians know how to create an emotional response no matter which language you speak.”

Marcus also reveals that becoming classically trained in the violin was not the original plan, but a way to steer clear of negative influences. “It ended up giving me a different way to express myself so I’m forever thankful to (my) mama for making me play that violin!”

Baptiste says his teachers spotted his unique natural talent and put him on the track to classical music.

Baptiste and Marcus also compose music for television and they hold the honor of being the official artists of the U.S. Open and Heisman Trophy Award ceremonies.

They say their greatest achievement is performing for more than 100,000 students over the past year alone, who may never have had the chance to fill seats in the great venues of the world.

“It’s the ultimate gift, to be able to do something you truly love that you would do for free anyway and by doing so you have kids who are inspired,” Baptiste said.