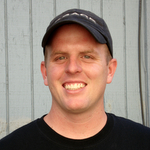 This Month we have 2 speakers: Michael Schulze & Jeff Merkel. Mike and Jeff are full time musicians/audio engineers who have run their own studios, worked many jobs in the music industry, explore futuristic-experimental technology, and now teach at Denver University (Jeff works at CU Denver as well). Mike’s bio below is pretty bonkers. Jeff builds speakers and 360 immersive speaker setups and has worked with Meow Wolf on a few projects.

Michael Schulze is a composer, music producer, audio engineer, video producer, and musician living in the Denver area, where he initiated and directs the award winning audio production baccalaureate program at the University of Denver’s Lamont School of Music. He holds a Bachelor of Music degree from The University of Illinois at Urbana-Champaign, where he studied in the world renowned Experimental Music Studios, directed by Professor Scott A. Wyatt. Mr. Schulze appears as producer and engineer on recordings released by labels such as Chandos, JVC (Victor Japan), and Harmonia Mundi. “… the most lusciously sensuous new recording I’ve heard in years.” – Kyle Gann, The Village Voice.

Mr. Schulze has served as a consultant to research scientists at AT&T (Bell Labs) in Florham Park, NJ, where he was involved in testing and implementation of the AAC (advanced audio codec) audio coding system. During this project he directed experimental live surround recordings of The Cleveland Orchestra at Severance Hall and various artists at Woodstock ’99. He is also a published author of numerous instructional and humorous articles in Recording magazine. From 1989 to 2003 he directed the Audio Services department and taught audio production at the Oberlin Conservatory of Music. Current projects include jazz and popular music recordings by artists from New York and Denver, production of instructional videos, and the development of interactive instructional software.

Jeff Merkel ran 8 Houses down in 5 points and still runs the mastering studio. He discovered the Masters degree in Recording Arts program at CU Denver and decided to seek the upper degree to be able to teach audio production at the graduate level. For his Master’s thesis he decided to learn more about the loudspeakers he spent so much time in front of and ended up doing his research on transmission line speakers with the intention of building a large-scale surround mastering setup. He now teaches in both music and physics of sound at CU Denver & DU. Through this interdisciplinary approach to sound, he has started an experimental research collective called Signal-to-Noise media labs to be the academic, experimental, and open-source side of Merkel Acoustic Research and has made audio installations at DIA, TEDx, Meow Wolf, Burning Man, & Denver Center of Performing Arts.

The conversation could go many directions in a casual Q & A type atmosphere, this is one not to miss!

Free parking is limited. Get there early. Paid parking is available in the parking lot next door.