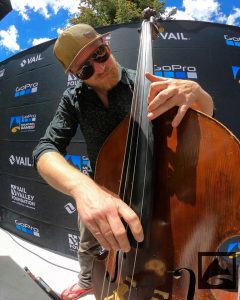 Come celebrate the heart of summer with two days of mountain music along Clear Creek in Idaho Springs, CO, the gateway to rockies. If you love acoustic music, cold beer, a laidback festival environment, this is a weekend you won’t want to miss.

We are thrilled to announce the workshop lineup for the 10th annual Rapidgrass Festival. Our first announcement is the fiddle workshop! Both Darol Anger and Jason Anick are instructors at the Berklee College of Music and masters of the violin.

Darol Anger is exceptional among modern fiddlers for his versatility and depth, Anger has helped drive the evolution of the contemporary string band through his involvement with numerous pathbreaking ensembles such as his Republic Of Strings, the Turtle Island String Quartet, the David Grisman Quintet, Montreux, his Duo with Mike Marshall, and others. He has performed and taught all over the world with musicians such as Dr. Billy Taylor, Bela Fleck, Bill Evans, Edgar Meyer, Bill Frisell, David Grisman, Tony Rice, Tim O’Brien, The Anonymous 4, Marin Alsop and the Cabrillo Orchestra, the Detroit Symphony, Mark O’Connor, and Stephane Grappelli.

Jason Anick One of the youngest violin professors at Boston’s Berklee College of Music, Anick is considered “a rising star in the world of jazz violin and mandolin” (Downbeat Magazine). In addition to leading various groups under his own name and performing with the Rhythm Future Quartet, Anick has been touring and recording with Grammy award-winning Nashville guitar virtuoso John Jorgenson since 2008 when he was recruited while still a senior at the Hartt Conservatory.

All workshops are FREE with a festival pass http://ww.rapidgrassfestival.com