EVENTS: Colorado Music Hall Of Fame Set To Honor ‘Jazz Masters and Beyond’ 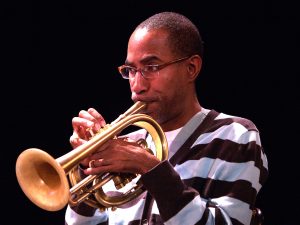 Denver’s own Ron Miles will be honored Nov. 28th by the Colorado Music Hall of Fame

DENVER (CBS4) – Several world class musicians with close ties to Colorado will soon be inducted into the Colorado Music Hall of Fame.

The induction concert Jazz Masters and Beyond is scheduled for Nov. 28 at the Paramount Theatre.

“It an induction of the great jazz artists — and beyond, as we call it — that grew up here that call Denver their home. Some of them still do live here,” said Chuck Morris, chairman of the hall of fame’s board.

This is the seventh group for enshrinement in the Hall since it began in 2011.

The inductees this year include:

– Dianne Reeves is a jazz singer who grew up in Denver and went on to perform on some of the most prestigious stages in the world.

– Charles Burrel, who was Reeves’ uncle, was the first person of color under contract with a major orchestra, according to the organization. Burrel is an acclaimed jazz bassist who appeared on stage with Billie Holiday, Charlie Parker and Lionel Hampton, among other artists.

– Bill Frisell attended the University of Northern Colorado, and held the No. 1 spot for guitar in the DownBeat Critics Poll in nine out of 10 years.

– Ron Miles studied music at the University of Denver and gained national exposure with his music.

– East High School is getting a non-performer award for the number of musical alumni the school has had. The artists include Philip Bailey, Andrew Wookfolk, Larry Dunn and many others.

Tickets are now on sale. For more information visit http://www.altitudetickets.com/events/detail/colorado-music-hall-of-fame