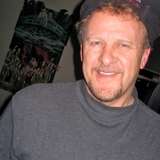 Randy Ricks will be talking on a variety of promotion subjects!

So excited! Next guest speaker at the COMBO meeting is Randy Ricks. Randy has been singing and writing most of his life. Playing piano and trombone as a child in Missouri, he chose the harmonica in college. He has lived in Denver, Colorado since 1991 where he has performed with his own bands and others. Randy will be addressing issues on parodies, YouTube and Spotify promotion. After a personal experience, he also has some knowledge about lawsuits that relate to unauthorized music “plays” on the Internet.

One of his newest songs is “Charlie Sheen” and the chorus is really a toe-tapper! It’s contagious and you’ll find yourself singing it while driving or in the shower or anywhere! The video of the song is now available on YouTube: http://www.youtube.com/watch?v=qhDCNI7JiqU.

The meeting is free, open to the public and to all ages. It will be held from 6:30 until 8:30 p.m. in the Irish Snug’s Dublin Room downstairs. Come early and order dinner from The Snug’s awesome menu! Now is your chance to network with other musicians and to get information that will be valuable to you in the future!

The Irish Snug is also handicapped accessible. Ask a staff member if you need assistance.