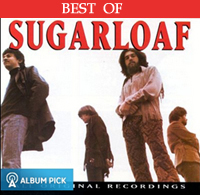 COMBO will be presenting Bob Webber, a founding member of Sugarloaf (Green Eyed Lady, Don’t Call us), speaking on his long and storied music career and his transition from guitarist to recording studio owner and the adventures between. The meeting will be hosted by COMBO Board Member and award-winning sound engineer Clark Hagan. The meeting is free, open to the public and to all ages. It will be held at the Denver Music Association offices on the second floor of the Golden Music Store at Colfax & Miller in Lakewood, CO (just east of Westland Shopping Center). The meeting will be held from 2:00 until 4:00 p.m. We’ll also provide refreshments.

Bob Webber, a previous and founding member of Sugarloaf, has launched a new Colorado recording studio in the nearby Denver foothills. His international recognition and experience, as the guitarist with Sugarloaf, on the hit recordings of Green Eyed Lady and Don’t Call Us, has proved to be a valuable launching ground for his new venture: Sugarloaf Canyon Productions.

Bob explains the evolution of his new studio: “Initially, the studio I put together was a project studio, with enough room to produce stringed instruments, groups, singer/songwriters, vocal over-dubs, enabling me to record the tunes that I have written and wanted to record. I was naturally interested in this process because of my passion for the art of mixing – taking raw tracks and turning them into a record. The need for a studio became apparent after the last album I was evolved with, where six musicians were in my living room for a recording session (6 to 12 hrs each) on sixteen different occasions. I needed to get them out of the living area into a separate area – that’s how the studio is evolving…”

As a recent inductee into Colorado’s Music Hall of Fame, Bob has parlayed his hit making recording experience, by producing, engineering, and mastering with his state-of-the-art Pro Tools & UAD-2 system, and has already produced several albums by Colorado artists.

Clark Hagan is a Grammy award winning Producer/Engineer with a world class resume and a legendary mastery of the recording arts.

After graduating from the University of Colorado at Denver, Clark began to master his craft as a recording engineer while working with the legendary Bill Porter whose credits include artists such as Elvis Presley, Roy Orbison, and the Everly Brothers while at RCA from 1959 to 1964. After a short stint at Allen-Martin Productions in Louisville, Kentucky, Clark moved to Nashville where his trusted relationship with Porter provided the opportunity to work with the legendary Chet Atkins.

In his time with Atkins, Clark engineered the Grammy Award Winning record in 1996 for best country instrumental and was nominated again in 1997 for a record with Atkins and Tommy Emmanuel in the same category in which he played guitar on to. Clark’s success with Atkins paid off and subsequently led to work with some of Nashville’s top artists including Ray Stevens, Alison Krauss, Bryan White, and Jeffery Steele amongst others. In the highly competitive world of Nashville Clark continued to build relationships with such producers as Scott Litt, Tony Brown, Kyle Lehning, Billy Joe Walker Jr., Bill Schnee, and James William Guercio while also getting to work out of some elite studios such as Woodland Sound Studios, Quad, Omni, and Masterfonics.

Clark has worked with other such national artists as Kenny Passarelli, Marty Haggard, and Eugene Moles along with Colorado artists such as Dave Preston, Oscar Ross, Wild Angels, Nick O’Connor, and Casey James Prestwood and the Burning Angels to name a few. Clark has also been working with the Caribou Ranch estate on the “Caribou Collection” project with artists Elton John, Billy Joel, and Chicago, and is also refurbished one of the original Caribou Ranch consoles the “Olive”.

Whether it be mixing, tracking, or producing, from rock to country, Clark brings his rich heritage and diverse experience to every project and is always looking for artists who share the same passion. to make great sounding records. Along with doing projects out of Macy Sound Studios, Clark is also an experienced technician and is also knowledgeable and competent tech and audio consultant. http://clarkhaganproductions.com/