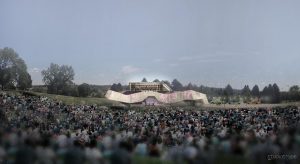 Join us for Installment XXIV of the Colorado Music Collective on Tuesday, February 13th from 6-8:00 p.m. at Levitt Pavilion Denver’s Greenroom. (Indoor)

We’ll be discussing grants to nonprofits to present live music and to advance music as a way to build community. Booking opportunities in small, medium and large venues and festivals like FOCOMX and Bohemian Nights.Music collaborations and show exchanges with folk, punk, metal, rock, hip hop, electronic and other musicians. Professional development for musicians and music businesses and creative residencies at the Music District. Understanding the Greeley, Loveland, Fort Collins, and Estes Park scenes. (aka Northern Colorado)

More about our guests:

Ben Desoto started booking bands because no one would book his own band. He booked bands at house parties and non-traditional venues and eventually started booking for proper clubs in Colorado like the hi-dive, Larimer Lounge, Lost Lake, the Gothic Theatre and the Lion’s Lair. Now Ben is in Fort Collins booking bands for the Bohemian Foundation. Bohemian Nights at NewWestFest drew an audience of 100,000 people this year to catch artists like Brandi Carlile, the Flobots, Esmé Patterson and over 75 others. Pretty soon Washington’s and the venue at Elizabeth’s hotel will open and he will book those too. Does your band want to play Fort Collins?

Dr. Bryce Merrill is Music Programs Manager at Bohemian Foundation in Northern Colorado and co-founder of Range Music Ecosystems. Bryce is an expert on public sector support of music and has helped public and private entities build sustainable and equitable music ecosystems. He has a doctorate in sociology from the University of Colorado Boulder and is an affiliate faculty at Colorado State University. Bryce is a co-author Understanding Society through Popular Music (Routledge) and Interactionists Take on Popular Music (Emerald), and he’s a musician in the Northern Colorado band Model Floors and co-owner of Misra Records.

Bevin Luna’s music is as rugged, raw, and rare as Bevin Luna herself. The hybrid child of a strong redheaded West Tennessean and a dashing Dominican guitar player, Luna has been blending lifestyles since 1977. She graduated from a performing arts school in Memphis, TN and now blends musical styles, rocking what has been described as “bluesy power-punk guitar” with poignant vocals that drip with southern heat.

Erin Roberts is a musician, mom, swimmer and arts administrator with over 15 years experience in the music industry. She has worked in college and community radio, music management, ran a recording studio and live sound production company, and developed a music website called Audiovore, documenting the Colorado music scene through the production of high quality audio and video content. Erin received a Master’s in Arts Administration from University of Oregon in 2010, and currently serves as Community Manager at the Music District. Since 2002, Erin Roberts has fronted the band Porlolo. She has also played with touring acts Phosphorescent and Castanets, and with Denver-based bands D. Biddle and Ending People.

Josh Rivera is the Communications Manager at the Music District in Fort Collins. Josh has nearly 10 years of digital marketing experience working with small businesses, local musicians, music festivals, non-profits, and much more. As a local musician, Josh sings and plays guitar for Fort Collins-based progressive punk band I Am The Owl, and plays guitar for the hard rock group Autumn Burn