Home EventsEVENTS: The Colorado Blues Society is Representing Quite Well at the IBC in Memphis This Week

EVENTS: The Colorado Blues Society is Representing Quite Well at the IBC in Memphis This Week

Get set for the most impressive array of Blues talent you have ever seen. Regardless of the boasts of then Big Blues Bender and the Blues Cruises, The International Blues Challenge is the biggest assemblage of blues talent in the world, AND IBC week is the closest thing there is to having a “blues convention”. There are around 210 entries in the IBC and over 800 musicians here, plus an array of workshops and seminars for musicians, blues affiliates and fans, and even workshops for parents of kid musicians.

January 29th was the start of IBC Week! It’s not just a competition, IBC week is the closest thing there is to having a “blues convention”: with blues societies, fans, competing musicians, youth musicians, touring bands playing the showcases and music industry folks-promoters, record companies, booking agents. Plus affiliate workshops; workshops for Blues in the school and kid musicians; workshops in blues guitar, slide, drums, harp and bass; workshops on health and conquering addiction, workshops on the blues and social justice, they pretty much have everything covered!

The Colorado Blues Society is here in Memphis this week. CBS Board Members Scott Fitzke, Gary Guesnier, Mark Schleiger and Joe Menke will be on the streets. Scott is on the Blues Foundation Board and Gary is a member od the Foundation Audit Team. Former CBS Secretary Patti Cavallero is at the Hart Foundation Health Fair for the 6th year, she has been there since its 1st year. Former CBSPresident (current Holler Editor and Webmaster) Chick Cavallero is judging for his 8th year here in Memphis and sending these Daily updates back to you.

Who are the IBC Judges?
IBC judges are Blues professionals and aficionados with a deep understanding and historical perspective of all blues forms.

Any given panel will include members with varying opinions of Blues, covering the spectrum of Blues from the most traditional to soul/blues and rock/blues.

HOW IBC JUDGING WORKS
Here’s something to think about when watching the IBCs and it might help you with some of the things you hear after the competition and folks are wondering why some acts advanced and others didn’t. First, keep in mind there is no exact science in judging music. Nothing is cut and dry, the way many sports are. You can’t measure how far or fast or who scored the most runs in music. It comes down to individual taste and interpretation. Blues Content and Originality often are the most confusing to musicians, spectators, and judges alike, or at least the most unclear. Here are some tips The Blues Foundation has given the judges in the past:

“Originality” speaks simply to the creativity of the artist. People ( musicians and fans) misconstrue this one so much. But here is the kicker- A song doesn’t need to be an original composition to be original, an old standard done in a totally new way is as original as a song written by the artist alone and, frankly, more original than the artist or act that simply writes new words to an old song that they then play note for note. A rule of thumb is “if you don’t recognize it early on then it’s original.”

“Blues content” is a little tougher simply because there are probably as many definitions of the blues as there are blues fans. There is no “magic bullet” to know what blues is and isn’t, think about the fact that blues started out as poor people singing about everyday problems; the music was used to express sorrow or desperation and also to proclaim that “we can rise above our challenges.” Blues music uses humor and innuendo to make important points. If the music makes you want to laugh and cry in the same song there’s a good chance it’s blues. It can be Delta, Piedmont, Chicago, Boogie Woogie, barrelhouse, electric, acoustic, smooth or rough, it can still be pure blues.

Rock, country, and jazz all came from blues, and great blues can have elements of those music forms (and others) and still be blues. The way The Foundation likes to think of it is this: a score of 10 goes to an act if every song they did is “undeniably pure blues” (think the career of BB King or Pinetop Perkins), 8 and 9 are for acts whose content was “solid blues with a little influence from other music” (think the musical careers of Clapton, Alan Toussant, and Johnny Winter), 6 and 7 for “mostly blues but heavily influenced by a different music form” (think the catalogs of the Rolling Stones, Jimi Hendrix, Chuck Berry and Dr John) and scores below that for sets that are “influenced by blues but mostly a different music style” (think of the acts ranging from Hank Williams to the Beatles). Note that the performers whose catalogs of music would score 6 through 9 have been inducted into the Blues Hall of Fame – so they are Blues.
Hopefully this might help you enjoy and understand the competition a little more 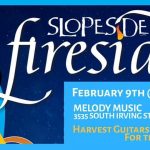 Next:
EVENTS: Calendar and Bell Ringers for January 30, 2020