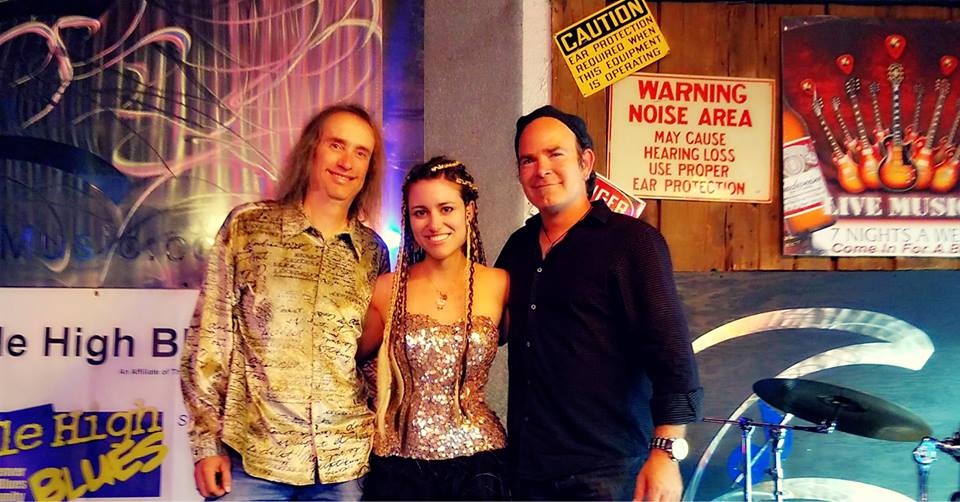 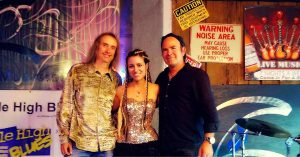 Stompit is a unique 2-person one-man-band formed by guitarist Jasco and vocalist/songwriter/ bassist Mer Sal (active members of Colorado-based band The Symbols). Mer Sal sings for the group, while playing the bass, a kick drum, and foot percussion. Jasco plays the guitar, while his feet are playing the high-hat and snare drum. The idea was all their own, when their three piece band The Symbols lost their drummer. The two remaining musical partners decided to make the most of the drums left lying around and took up the drums with their feet. “It sounds like a full 3-piece band!” was an early observation.

Stompit has both an acoustic and an electric set, with versatile crowd-pleasing choices. The blessing with both sounds is that the size of the band works well on any stage – from breweries and bars to festivals and large stages!

Stompit sounds familiar and artistically new at the same time – with their tastefully rearranged covers of popular songs, and their albums of original music. While Stompit and their mothership band The Symbols (www.thesymbols.net) have been embraced by the Blues world, their music can be categorized at times with rock, funk, pop, neo-soul, americana, and acoustic.

Stompit’s two members are still active members of The Symbols (2011-2018), and together have shared the stage with many associated acts including Tommy Castro, Danielle Nicole Band, Samantha Fish, Victor Wooten, Eric Gales, Southern Avenue Band, Ana Popovic, Jason Ricci and the Bad Kind and many more.