Home NewsFEATURED SONGS: COMBO’s Special Tribute to Our Soldiers in Service of Our Country

FEATURED SONGS: COMBO’s Special Tribute to Our Soldiers in Service of Our Country 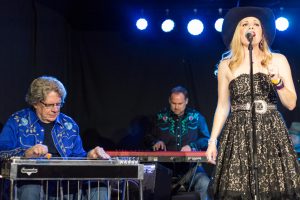 http://www.leslietommusic.com
Like us on Facebook: http://www.Facebook.com/LeslieTMusic
Also coming during June: Troy Hoss’ “The Front Line”, and Kristi Hoopes’ “Angels Anthem”.

Al Read: “God, Keep ‘Em Safe”: This whole article started because of Al. During a data entry catch-up session, we got really curious about Al. Doing some research pulled up that Al had passed back in 2013. But his songs live on.

But Al’s favorite pastime was spending treasured moments with his family and friends. Al’s sense of humor, generous nature, and zest for life impacted the lives of many people in a positive and caring way. He will be greatly missed by those who love him.

http://www.facebook.com/alreadmusic
Why Do We Celebrate Memorial Day? … Memorial Day is a solemn day of remembrance for everyone who has died serving in the American armed forces. The holiday, originally known as Decoration Day, started after the Civil War to honor the Union and Confederate dead. It is observed on the last Monday of May [May 28th this year]. Originally known as Decoration Day, it originated in the years following the Civil War and became an official federal holiday in 1971.

Q. What is the difference between Veterans Day and Memorial Day?
A. Many people confuse Memorial Day and Veterans Day. Memorial Day is a day for remembering and honoring military personnel who died in the service of their country, particularly those who died in battle or as a result of wounds sustained in battle. Veterans Day – November 11 – not only preserves the historical significance of the date, but helps focus attention on the important purpose of Veterans Day: A celebration to honor America’s veterans for their patriotism, love of country, and willingness to serve and sacrifice for the good of all Americans.