Current Song:
Next Song:
Update Required To play the media you will need to either update your browser to a recent version or update your Flash plugin.
http://www.coloradomusic.org/wp-content/uploads/2019/08/DJ-Arafat_concert.jpg 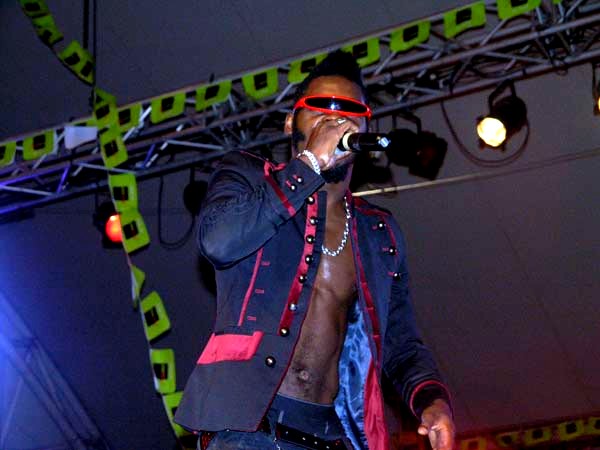 He was the son of Tina Glamour, a popular singer, and the deceased musician and sound engineer Houon Pierre. He started his music career as a DJ in Yopougon, a night-life district in Abidjan. He left for France to improve his career and even overstayed his visa. In 2005 he spent a month in detention as an undocumented migrant.

He was considered one of the most popular African artists in Francophone countries around the world. He became a star of his genre around 2009.

He released 11 music albums primarily in the popular “Coupé-Décalé” dance music style, in his career that spanned fifteen years. BBC described him as the “king” of Coupé-Décalé, which means “cut and run”, in Ivorian slang it means “to cheat someone and run away” and it began in the early 2000s during Ivory Coast’s civil war. The music incorporates fast percussion, deep bass and hip-hop-style vocals. Arafat became the symbol of the flashy well-dressed lifestyle which is associated with the music. His song Dosabado is one of his most popular hits. He liked motorcycles and also featured them in his recent hit ‘Moto Moto’ released in May. He had multiple motorcycle accidents, one of which in 2009, was serious. Ten years later in 2019 Arafat had a fatal motorcycle accident.

Arafat later became popular in the Europe and the United States when some of the sports personalities popularized the dance steps of coupé-décalé genre. “Dosabado”, “Kpangor”, “Zoropoto”, “Enfant Beni” and “Moto, Moto” were some of his major hits.

On August 12, 2019, Arafat died in hospital after a motorcycle accident in Abidjan, Ivory Coast. His motorcycle was said to have collided with a car in the Angre neighborhood on Sunday, August 11, 2019. He was subsequently admitted to a hospital in Abidjan for a skull fracture before eventually dying at around 8:00 a.m. GMT.

After the news of his death spread, around 1,000 of his fans assembled in Cocody suburb near the hospital where he died and mourned his death chanting “Arafat cannot die”. Police struggled to manage the crowd gathered in the area. A crowd of his fans also gathered around his house singing some of his hits. Maurice Kouakou Bandaman, the Ivorian Culture Minister condoled his death and announced that a tribute will be held in his honor.

He was awarded the “best artist of the year” at the Coupé-Decalé Awards in 2016 and 2017. He also won two WatsUp TV Africa Music Video Awards in 2016.