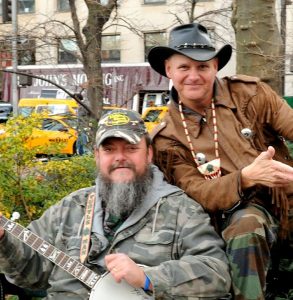 The late Neal James – “Banjo Man” (from his Facebook page)

By Natalie Stone, MSN | Neal James, who appeared on Animal Planet’s Call of the Wildman, has died. He was 55.

Though James died of natural causes, he had been battling heart issues, Carey said.

He was known as “The Banjo Man” on the reality series, which ran for four seasons from 2011-14. He appeared alongside his friend and star “The Turtleman” Ernie Brown Jr.

According to WKYT, James worked at the Isaiah House Treatment Center, which “is an outpatient, intensive outpatient and residential treatment program with a Gold Standard of care for men” who are recovering from addiction, according to the center’s website.

In a statement obtained by PEOPLE, Animal Planet said, “We’re saddened to learn of Neal James The Banjo Man’s passing and we share our sincerest condolences with his wife, family and friends.”