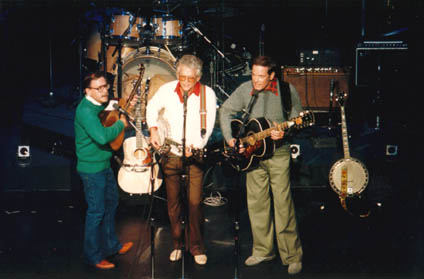 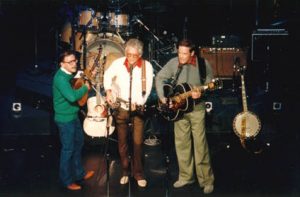 Bill Keveney, USA Today | Bob Shane, the last original member of the the Grammy-winning Kingston Trio, died Sunday at the age of 85. The Phoenix resident, who retired in 2004 but performed occasionally until 2016, died of complications arising from pneumonia just days before his 86th birthday on Feb. 1, his wife, Bobbie Childress, tells USA TODAY.

Shane, Dave Guard and Nick Reynolds, who formed the musical group in the San Francisco Bay area in the 1950s, led a revival of the folk-music format with a series of chart-topping albums. At one point, the group had four albums simultaneously in the Top 10.

The Kingston Trio won a Grammy for its chart-topping hit “Tom Dooley” at the first ceremony for the music awards in 1959, but it was for Country & Western Performance, because there was no folk category. At the next Grammys ceremony, the group won in the newly created folk category.

Shane returned to the Grammys in 2011 when The Kingston Trio was honored with a lifetime achievement award. The other two original members, Guard and Reynolds, died in 1991 and 2008, respectively.

Childress says her husband, who played occasionally since his retirement with hand-picked members of a namesake group, loved the connection with his audiences.

“He always said he wasn’t a folk singer. He was a folks singer,” she says. “He really loved entertaining” and The Kingston Trio’s vibe was “just pure fun and entertainment. They made people feel good.”

Although The Kingston Trio called on a variety of international musical styles, Shane’s signature tune, “Scotch and Soda,” was “very much a Frank Sinatra kind of song,” says Childress, who was married to Shane for 19 years.

Shane was born Robert Schoen in Hilo, Hawaii, on Feb. 1, 1934. He later changed his last name to the phonetic spelling. He and Guard, his childhood friend from Hawaii, both went to college in the Bay area, Shane at Menlo College, where he met Reynolds, and Guard at Stanford.

Shane, who was previously married to Louise Shane, had five children and eight grandchildren.

Previous:
EVENTS: Calendar and Bell Ringers for January 23, 2020
Next:
THOUGHTS and PRAYERS: Sending Prayers to the Family of Choir Director Kelly