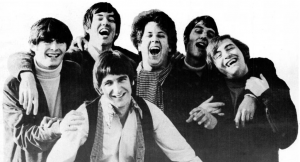 Bobby Brown, Jr., was found in his L.A.-area home, according to TMZ, which was first to report the news. Born in 1992, Bobby, Jr. was the son of singer Brown and Kim Ward. No cause of death has been revealed at this time.

A representative for Bobby, Jr. did not immediately respond to EW’s request for comment.

Bobby, Jr. is preceded in death by his half-sister, Bobbi Kristina Brown. She was found unconscious in her Georgia home in January 2015 and placed in a medically induced coma. She was removed from the ventilator six months later.

After Bobby, Jr.’s death, his brother Landon [Brown] shared a black-and-white photo of his late sibling to Instagram, writing in the caption, “I love you forever King.”

Next:
IN MEMORIAM: Streets of London Owner John Elliott Dies After Contracting COVID-19 a Second Time