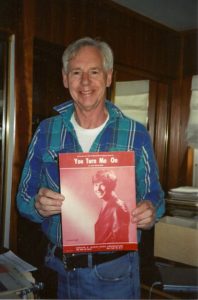 Ian Whitcomb holds the sheet music for his big hit

By Leo Barraclough, Variety | British singer-songwriter and author Ian Whitcomb, a long-time resident of Los Angeles, has died. He was 78.

While studying in Dublin, he formed the band Bluesville, which released the single “This Sporting Life.” It reached number 100 on the Billboard Hot 100. Whitcomb’s next song, “You Turn Me On,” reached number 8 on the Billboard charts in 1965. Part of the British Invasion, he performed in the U.S. on bills with the Beach Boys, the Rolling Stones and the Kinks. “N-E-R-V-O-U-S!”, Whitcomb’s next release, reached No. 59 in Billboard.

His career was multi-faceted. His music was included on the soundtracks of several films, including Peter Bogdanovich’s romantic drama “The Cat’s Meow,” and he also appeared as an actor in several films and television shows. He produced Mae West’s album “Great Balls of Fire,” and wrote several books on popular music, including “After the Ball.” He also hosted a radio show, which featured an eclectic mix of American and British popular songs.

His recreation of the music played aboard The Titanic won Grammy awards for packaging and a nomination for the liner notes, which he wrote.

Despite ill-health, Whitcomb continued to perform with his group the Bungalow Boys, playing vintage music in the L.A. area. 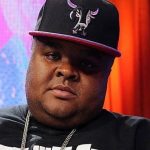 Previous:
IN MEMORIAM: Fred the Godson, NYC Rapper, Dead at 35 From Coronavirus Complications 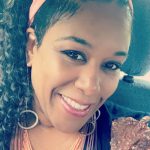 Next:
IN MEMORIAM: R.I.P. Recording and Stage Star Nicole Mitchell