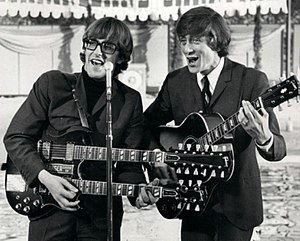 IN MEMORIAM: Chad Stuart of the British Duo Chad and Jeremy // Other Notable Musicians’ Deaths

Chad and Jeremy pictured in 1966

Chad & Jeremy were an English musical duo consisting of Chad Stuart and Jeremy Clyde, which began working in 1962 and had its first hit song in the UK with “Yesterday’s Gone”. That song became a hit in the United States in the following year as part of the British Invasion. Unlike the rock-music sounds of their peers, Chad & Jeremy performed in a soft, folk-inflected style that is characterised by hushed and whispered vocals. The duo had a string of hits in the United States, including “Willow Weep for Me” (produced by Shel Talmy), “Before and After”, and their biggest hit, “A Summer Song” (produced by Shel Talmy). After some commercial failures and divergent personal ambitions, Chad & Jeremy disbanded in 1968.

Chad Stuart continued to work in the music industry while Jeremy Clyde became a film and stage actor. In the early 1980s, the duo reunited to record a new album and perform concerts, including a multi-band British Invasion nostalgia tour. After another long period of separation, in the early 2000s Chad & Jeremy began performing again and developed a semi-regular schedule of touring for many years. Stuart retired in 2016 and died in December, 2020, while Clyde continues to tour and record as a solo artist.
> > > > > > > > > >
In 2002, Stuart was in his private studio preparing the release of a recording from the Harrah’s engagement when Clyde visited and the two recorded a new version of “Yesterday’s Gone” as a bonus track for the album In Concert (The Official Bootleg). In 2003, PBS reunited Chad & Jeremy in the 60s Pop-Rock Reunion special, which also prompted a concert tour the next year. They rerecorded a number of their 1960s songs and dubbed the resulting album Ark-eology; it was released in 2008, the 40th anniversary of The Ark. Chad & Jeremy performed at the Sundance Film Festival in Park City, Utah, in January 2009. In September 2010, Chad & Jeremy marked the anniversary of their first meeting with a limited-edition CD entitled Fifty Years On.

After 15 years of semi-regular touring, Stuart retired to his home in Sun Valley, Idaho. Clyde now tours as a solo artist with a backing band, interlacing Chad & Jeremy songs with newer music from his own multi-album series, The Bottom Drawer Sessions. He also tours as part of a duo, performing nostalgic concerts with one of his oldest friends, Peter Asher of Peter & Gordon.

Stuart died in December, 2020, from pneumonia following a fall. 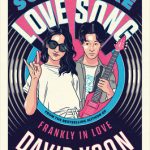 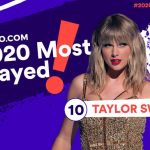 Next:
MUSIC NOTES: RADIO.COM Presents Its 2020 Most Played