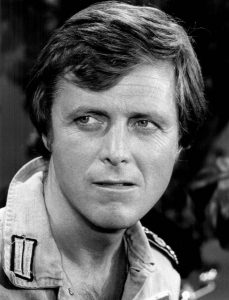 Edd Byrnes on The Sonny and Cher Comedy Hour. [Photo from CBS Television/Wikipedia]

Edd Byrnes, who rose to fame starring in movies like Grease and TV shows like 77 Sunset Strip, has died. He was 87. The actor’s son, Logan Byrnes, confirmed the tragic news via Twitter on Thursday.

“It is with profound sadness and grief that I share with you the passing of my father Edd Byrnes,” he wrote. “He was an amazing man and one of my best friends.”

“Edd Byrnes, an American actor who rose to stardom in the popular television series 77 Sunset Strip, died unexpectedly Wednesday, Jan. 8 2020 at his home in Santa Monica, California, of natural causes at the age of 87.

His is the story of an ambitious young kid who in his early 20s, drove out to Hollywood from New York City with a few hundred dollars and a dream of making it big in the entertainment business.

He soon landed a starring role on the wildly successful and groundbreaking TV series 77 Sunset Strip as the cool talking ‘Kookie.’ He went on to star in dozens of motion pictures and television series popular around the world, including the suave and debonaire ‘Vince Fontaine’ in Grease.

As a tribute to his enduring celebrity and his iconic ‘Kookie’ character, he ranked No. 5 in TV Guide’s list of ‘TV’s 25 Greatest Teen Idols.’ He also earned a gold record for the song ‘Kookie Kookie Lend Me Your Comb.'”

Comment from Lana: Kookie was the first “cool dude” on t.v. He was Fonzy before the Fonz. I watched this show as a kid and thought it was great. I have tried to watch it 50 years later and it moves pretty slow compared to today’s t.v.