He was the founding bassist for Third Eye Blind. After his departure, he became the bassist, songwriter and record producer for the rock bands Snake River Conspiracy, Microdot (with George Lynch), Revenge of the Triads (with Charlie Clouser and Troy Van Leeuwen) as well as for the rap rock project, Brougham. 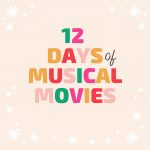 Previous:
EVENTS: COMBO’s 12 Days of Christmas “Party” – So Many Music-Themed Shows to Watch This Month! 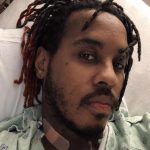