Joseph Shabalala (August 28, 1941 – February 11, 2020), … was a South African singer and musician who was the founder and musical director of the choral group Ladysmith Black Mambazo.

Joseph was born in the town of Ladysmith (eMnambithi district) in the KwaZulu-Natal region of South Africa. His parents, Jonathan Mluwane Shabalala and Nomandla Elina Shabalala, raised Joseph and his six siblings on a white-owned farm called Tugela. His father died in the late 1940s; Joseph, being the eldest, had to take care of the family. He left the farm, however, in 1958 to search for work in the nearby city of Durban.

During this time, he was spotted by a well-known group, the Durban Choir, after he delighted audiences with his smooth guitar playing and soprano voice. When he joined the Choir, he attempted to teach them some of his new compositions, namely his first song “Nomathemba” (which was made into a play in 1995). They refused, and so he left them after only two years.

In 1958, Joseph discovered an isicathamiya [a form of a capella] group, The Highlanders, led by his hero Galiyane Hlatshwayo. Hlatshwayo was the man who encouraged Joseph to use his voice powerfully. Joseph formed his own group the following year 1959, Ezimnyama (“The Black Ones”). A series of dreams Joseph had in his sleep in December 1960 was a major turning point in the formation of the group; when he saw how well his group did in the once-weekly isicathamiya competitions, he renamed them Ladysmith Black Mambazo, “Mambazo” meaning axe, referring to how the group chopped down the other choirs by winning almost every time.

After local radio airplay (on the S.A.B.C. station Radio Zulu), Joseph accepted a recording contract that was offered in 1972 by Gallo Music producer West Nkosi. The group sold over 40,000 copies of their first album and continued to do so through other recordings. In 1976, Joseph became a Christian, and the songs in the Mambazo repertoire were shuffled to one side to include generalized Christian, Methodist, and Zionist hymns sung in the Zulu language.

In 1986, Paul Simon traveled to South Africa to collaborate with South African artists for his upcoming Graceland album. Simon collaborated with Shabalala and the group, and co-composed the now-famous song, “Homeless”. The group’s popularity spread all over the world, and since then they have sold records popular enough to earn platinum disc certification. In 1987, the group won their first solo Grammy Award for Shaka Zulu. Since then, they have won one more and have been nominated over ten times. Following the worldwide success of Graceland, Joseph began composing more songs in English (prior to this they had only recorded two in English and one in German).

On the night of December 10, 1991, Joseph’s brother and fellow member Headman Shabalala was killed by an off-duty white security guard near the town of Ladysmith. The death of Shabalala was thought to be a racial murder. Joseph, helped by his beliefs, persevered, and the group continued; the members now included Joseph’s brother Jockey, close relatives Albert and Abednego Mazibuko, Russel Mthembu and Jabulani Dubazana and Joseph’s sons Sibongiseni, Thamsanqa, Thulani and Msizi. Nevertheless, tragedy returned. In May 2002, Joseph’s wife of 30 years, Nellie, was shot and killed by an assailant outside the couple’s home in Clermont, KwaZulu-Natal. Joseph’s hand was wounded in his attempt to protect his wife. Mboneni Mdunge was convicted of the murder and sentenced to life in prison. At the same trial, Joseph Shabalala’s son Nkosinathi Vivian Shabalala (Nellie’s stepson) was charged, tried and acquitted on charges of having paid Mdunge for Nellie’s murder.

The next album from the group, Wenyukela, was expected to have a solemn touch to it. Indeed it did, including a tribute to Nellie by her grandsons Gagamela and Babuyile Shabalala, encouraging Joseph to carry on and that “S-H-A-B-A-L-A-L-A will live on.” Six months after Nellie’s death, Joseph married Thoko Maduna, which was a “controversial stunt,” according to the South African press. Despite this opposition, Joseph managed to continue to carry on singing and even managed to set up the Ladysmith Black Mambazo Foundation, a music academy to promote and teach isicathamiya music to young South African children.

Tragedy struck again in June 2004 when Joseph’s brother and former Mambazo member Ben Shabalala was shot and killed by an unknown individual whilst driving his two children to school. In February 2006, Joseph’s brother Jockey (his only brother in the group by this time), died of natural causes at his home in Ladysmith, South Africa.

Shabalala announced, in January 2008, that his youngest son Thamsanqa would take over as leader of Ladysmith Black Mambazo when the time comes for him to retire from international touring. 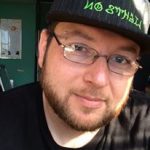