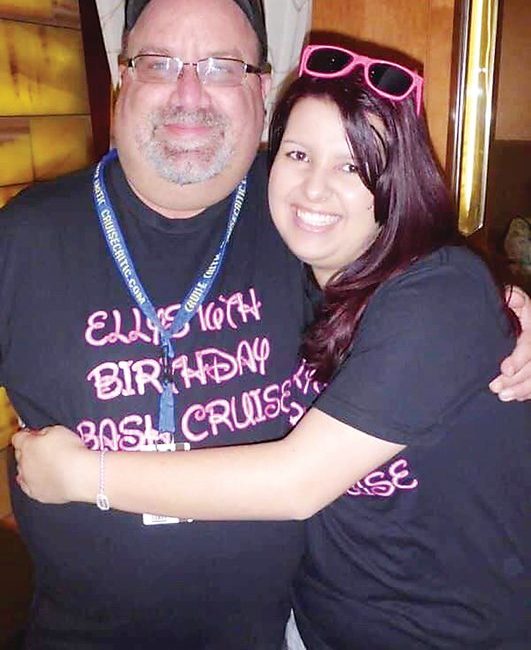 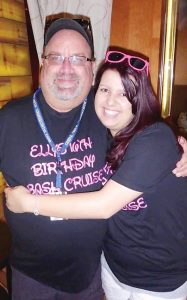 From Annette Cannon: Here is some info on Steve Evans. He owned the Astro Tap House in Castle Rock. FOX31 ran a piece about it last night. Not sure if he was a musician too, but he died of the Covid 19. Here is a fundraiser for him (he leaves behind a 20 year old daughter with no parents now). https://www.facebook.com/events/527464394620994/

‘He was my everything’

Steve Evans thought he was coming down with a common bug. He developed a light, wet cough, and an upset stomach. He felt increasingly tired.

After a couple of days, the 51-year-old Castle Rock man began feeling better, but then started having difficulty breathing. Getting out of bed and walking downstairs left him winded.

He likened the feeling to his large dog laying on his chest, he told his 20-year-old daughter, Elly Evans. Having previously undergone a kidney transplant, Steve focused on keeping hydrated.

Still, his illness did not seem serious. On March 27, Steve called his kidney doctor as a precaution, who recommended he go to the hospital and get examined. To his surprise, staff at Castle Rock Adventist Hospital insisted on admitting him that day.

“He called me to tell me that they were going to sedate him and put him on a ventilator, and he sounded really scared,” Elly said, adding she could tell her father was trying not to show his fear, for her sake. “He told me that he loved me and that it would be OK.”

That was the last time Elly and her father spoke.

On April 6, after nearly two weeks of battling what testing later confirmed to be COVID-19, Steve Evans died. He had turned 52 six days earlier.

“He was my best friend. He was my hero,” said Elly, who at 7 lost her mother in an ATV accident. She and her dad had been inseparable since. “He was my everything.”

Steve also left an imprint on the Castle Rock community.

He ran a tax reduction company for more than 15 years before opening Astro Tap House in the town’s The Meadows neighborhood in early 2018. He hoped the self-pour tap house would be a unique addition to town.

Kodi Nottingham met Steve through the Facebook group-turned-nonprofit, Dads of Castle Rock, or DoCR, an organization of dads that started last June.

At first a place to meet on social media, the DoCR quickly became a brotherhood of fathers who sought ways to serve the community, Nottingham said.

Steve served on the executive team. He opened his tap house to the DoCR, which met there every Thursday night. Nottingham often brought his 3-year-old daughter to the gatherings. Steve had a glass of pineapple juice waiting for her every time.

He also brought in non-alcoholic beer for members who struggled with addiction. He made an effort to welcome and get to know every person who came into the tap house. He helped spearhead and support the group’s fundraisers, like a bake sale and pancake feed.
> > > > > > > > >
Battling complications

On March 30, Steve’s birthday, Elly made her father a birthday card and dropped it off at the hospital, along with cupcakes for staff. Later that day he was transferred to Parker Adventist Hospital for more advanced dialysis treatment.

Doctors kept Steve heavily sedated from the day he was admitted in Castle Rock and throughout his stay at Parker, Elly said.

Being unable to visit, to hold his hand and comfort him in person, was terrible, Elly said.

She called the hospital every morning and posted updates on Facebook for friends and family.

At night, nurses held the phone to his ear so that Elly could remind him how much she loved him. She told him they would get through his illness together, as they had through everything.

She doesn’t know if her father heard her, but she hopes her words helped him in his last days.

After he died, hospital staff set up a Zoom call so Elly could see Steve one last time. A chaplain came in and prayed for him. Staff assured her Steve was not alone when he died.

A spokesman for Centura Health confirmed Steve tested positive for the novel coronavirus and urged the community to continue following public health guidelines.

“We are deeply saddened by this outcome,” the statement said, “and our hearts remain with the patient’s family and friends.”

‘I want everybody to stay safe’

Elly last saw her father more than three weeks ago.

Side note: How to help: The Dads of Castle Rock organization that Steve Evans served on has set up a fundraiser to help Elly Evans pay for medical bills and funeral costs. To help, go to http://www.docrco.org for more information, or visit the group’s Facebook page, Dads of Castle Rock Community Outreach.

Elly is bracing for medical bills and funeral costs while also paying for her Westminster apartment, where she is living with a roommate. She’s grateful to a family friend who set up a meal train to help her with food, to her boyfriend who checks on her regularly, to her uncle and aunt for helping as they can, and to the group Dads of Castle Rock, for starting the fundraiser for her 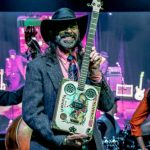