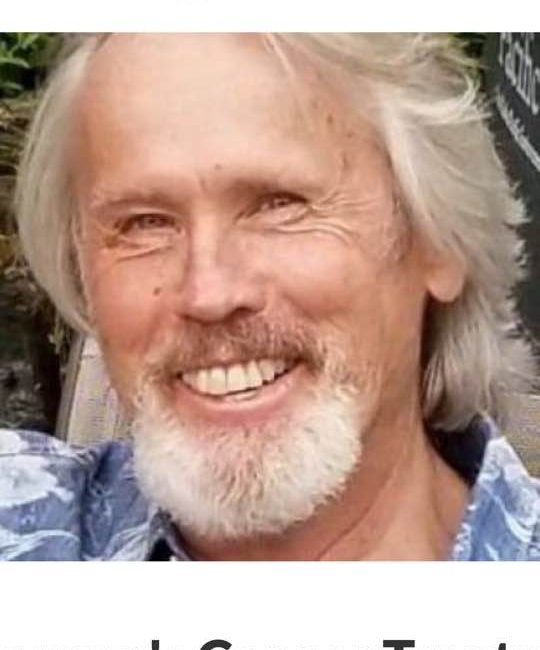 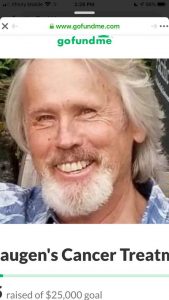 Paul Haugen (from his GoFundMe page)

From Danny Masters Gorklo, 7/27/20: My good friend Paul passed away yesterday. He had been struggling with cancer and a number of health issues for quite a while. He was a very good friend and a great musician. We recorded an album (tape) together back in 1990 whilst playing in a very busy cover band in Denver called Electric Playground. He was an extremely supportive keyboardist and could tear up John Lord solos and other Hammond B3 with the best of them. He was always so exceptionally enthusiastic to collaborate on original material that I brought in and was always very humble.

Aside from his talents, he was a very kind hearted and intelligent friend who was always a positive light in this world. He was always more interested in what others were doing then talking about his achievements.

He was truly an artist in the purest form, and he backed his passion up with formidable technique and theory knowledge.

A funny story: he once played my progressive rock song Vienna with me, and he counted up that there were 63 chords in the song. He loved that!

He loved a challenge and often joined my Led Zeppelin tribute band as a guest keyboardist playing great songs like Kashmir and Since I’ve Been Loving You among others.

I expect he will be jamming with Ricky Kashmir in heaven tonight, and maybe my dad and my son Aaron, all of whom passed over the last few years.

I have always appreciated those musicians who have been so very supportive of my compositions and Paul was one of the most supportive. As far as I’m concerned that’s a bigger complement to Paul than to me. Regardless of whether or not he played on the recordings or performance.

But more important was Paul’s spirit. He will be missed by all of us who love him down here.

From Tom Murray: Time of Sadness to all that knew him. A year ago I asked Paul to lay keyboard tracks on a song called ” Stay with me ” on the new Litter album. He put his special magic in the song . This was his last song he recorded . God bless you, Paul, and thank you for the love of life and music you shared as a band mate and a friend with all of us! You will be deeply missed and your legacy will continue forever!! Be in peace.

These deaths that are listed from Wikipedia are those of musicians or others who have ties to the music business from all over the world. These are our brothers and sisters. Say a prayer for their souls. They will be missed greatly.

Previous:
IN MEMORIAM: R.I.P. Malik B., The Roots Co-Founder Dies at 47
Next:
REPORTS: Hundreds Gather for Mexican Bull Riding, Concert in Weld County