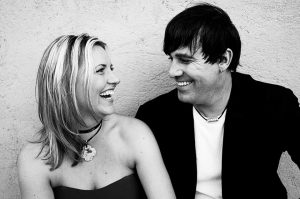 “Little Prince” Author Antoine de Saint-Exupéry on Losing a Friend | “Old friends cannot be created out of hand. Nothing can match the treasure of common memories, of trials endured together, of quarrels and reconciliations and generous emotions.” ~ Maria Popova, Brain Pickings

From David Stasney: [I] am so sorry, Tahvory [Bunting]. Our scene and way more has taken a huge shot with this. I have no words for now.

I’m making this post here – I’ll be checking off and out for a bit. Firstly I ask that people please respect my wishes as this is already heavy enough.

It is with complete devastation for my heart, my soul and the sweet, sweet handsome love of my life, to tell you that his time on earth has ended today and a new journey awaits him. He passed away this morning in our home. And his last words were so positive and loving and he was ready to get better and he told me he loved me and I him, and we hugged and kissed goodnight. He’s going to be do great things in heaven, just like he did here. We are all better for knowing him and seeing those big blue eyes and killer smile.

Please know that I have my support system around me and just need to take some time to process things.

I’m so sorry to post this on Facebook but the word was starting to spread quickly because of how loved he is and will always be. I just wanted this incredibly devastating news to come from the one person who loved him and adored him the most. And he adored me and we loved each other completely, utterly, and to the highest level you can love someone. I’m forever blessed that God put me by his side 20 years ago.

I just PLEASE kindly ask you do not send me flowers and no texts at this time. I am so overwhelmed with grief that I just need some space. And please NO flowers. They just die and that’s not what I want to be around so, please, no flowers. And please respect the time I need to get through this. I have lots of friends who are happy to field calls.”

# # # # #
From Bob Rupp on Fb, 01/12/20: RIP, Billy Bunting, taken way too young. Keri Steuert Rupp and I are devastated. Billy was my brother in music and my brother in life. I spoke to him last Thursday before he went to hospital for back surgery. He died at home, in his sleep. He was a great vocalist and front-man. I loved his enthusiasm for life and his smile

# # # # #
Damien McCarron: Heartbreaking week, I want to embrace life and getting older but the passing of the spirited people I knew here and in Ireland is taking a chunk of energy. Give your loved ones a hug, nothing’s promised and there’s no time to waste. If I was still partial to booze or smoking, I know it wouldn’t help, I tried that before, sober and sad, RIP Hilary Brennan and Billy Bunting (UABRS). Peace to all.

# # # # #
Frankie Gomez: My heart is crushed. Just heard news that my really good friend and cancer survivor hero just passed. Billy Bunting – you have been a huge role model, not only in the cancer society, but also in the music world. My favorite memory of you was when I was in Denver back in July and heard you singing outside with your U2 tribute band. When we hit eye contact you immediately jumped off the stage and gave me a huge bro hug and smacked a smooch on my cheek mid-song. Thank you for the chats, mentorship and friendship. Love you, my friend. RIP Billy Bunting.

# # # # #
Dave Streml: The fragility of life can be overwhelming at times. We spend our days with little or no thought that a conversation with a friend or loved one could be our last. So when we lose someone, those last words tend to echo in our minds.

As people pour their hearts out in tribute to Billy, one thing is clear; he treated everyone like gold. Not a disparaging word was said or written about another by him, just words of encouragement and happiness. A life lived like that is to be celebrated and one we should all aspire to.

I am so thankful that when we came up with the idea to have a “Gary Cherone” character for our Van Halen Fest, that he enthusiastically agreed to be the guy. He was the only person I thought of for the role and while someone of his stature might’ve thought it was too silly, he embraced it like only he could. It was to be the only time we would share the stage, but it was one for the ages. He relished in being the butt of the joke all night and truly added his magic to the proceedings.

Afterwards, as we all celebrated the success of the night, he pulled me aside to tell me that my posts about Shayne and how I deal with Grief were inspiring to others and helpful and that I should continue to share myself in that way – That they help him as well when things get tough.
That’s the kind of guy Billy is.

As I read Tahvory’s post yesterday, his words echoed in my head.

Be kind, be gracious, encourage those around you to reach their potential and their dreams. That’s the lesson here.

As I woke this morning, Sunday Bloody Sunday was playing in my head. The words “ wipe your tears away” over and over.

Rest easy Billy Bunting , share that love and light on those who need it from above . I’ll see you again on the other side. Thank you for being that Beacon of Light!

# # # # #
Remembering Billy Bunting, Frontperson of U2 Tribute Act Under a Blood Red Sky

Benjamín “Chamín” Correa (4 December 1929 – 14 January 2020) was a Mexican guitarist. He was renowned in the Spanish-speaking world for his traditional romantic music. Member of Los Tres Caballeros together with Roberto Cantoral and Leonel Gálvez from 1954. In 1957 they gained 4 golden discs for being the trio of major success on a global scale. He died in Cuernavaca, Morelos at the age of 90.

Carmelo Esteban “Steve” Martin Caro (October 12, 1948 – January 14, 2020) was an American rock musician who was originally known as Steve Martin. He is best known as the original lead singer of the 1960s baroque pop band The Left Banke. The son of flamenco guitarist/vocalist Sarita Heredia, he added his family surname Caro in the 1980s to avoid confusion with the comedian of the same name. With The Left Banke, Caro scored chart hits with “Walk Away Renée,” “Pretty Ballerina” and “Desiree” in the 1966-68 period. In addition to providing most of the lead vocals on Left Banke recordings, Caro occasionally made instrumental contributions as well, performing guitar and/or drums on various songs. He was credited (along with Michael Brown) for the tracks “Two by Two” and “Love Songs in the Night,” written and recorded with Banke members. They appear on the Buddha Records soundtrack for the 1972 adult film Hot Parts.

The Alexander Brothers were an easy-listening folk-music duo from Scotland, who had a long career beginning in the 1950s. Thomas Armit Alexander (1934–2020) and John “Jack” Armit Alexander (11 November 1935 – 2 November 2013) were born at Thrashbush Avenue in Cambusnethan, near Wishaw. Encouraged by their musical mother, they started instrument lessons at an early age, with Tom favoring the accordion and Jack the piano. … In the spring of 1958, they entered a talent contest which was held in their local cinema. They easily won the contest and one of the judges (who was a well known Scottish theatrical agent) was so impressed, he placed the boys under contract that summer. …. Their most popular recording was “Nobody’s Child” in 1964, which is said to have “sold more than The Beatles in Scotland”. … In recognition of their contributions to the world of music, they received MBEs from the Queen in the 2005 New Year Honors List. The ceremony took place in Holyrood Palace in Edinburgh.

Wolfgang Dauner (12/30/1935 – 01/10/2020) was a German jazz pianist who was a co-founder of the United Jazz + Rock Ensemble, and played and recorded with Hans Koller, Albert Mangelsdorff, Volker Kriegel and Ack van Rooyen, among others. He composed for radio, television, film, and wrote two chamber operas. He is regarded as an innovative pianist and a father of jazz in Germany.

Robert L. Comstock (12/29/1941 – 01/09/2020) was an American rock and roll and pop singer and musician who had success in the late 1950s and early 1960s both as a solo singer and as a member of Bobby Comstock and the Counts. His biggest hits were a version of “Tennessee Waltz” in 1959, and “Let’s Stomp” in 1963. Comstock began singing and playing mandolin as a child. At the age of seven, he started appearing regularly with his brother on a local radio station, and then on country music radio in Sayre, Pennsylvania. . . . The group’s moderately rocked-up version of the Patti Page hit “Tennessee Waltz” was released on the subsidiary Blaze label in late 1959 – with the group now being billed as Bobby Comstock & The Counts – and rose to no.52 on the Billboard pop chart. As a result of its success, the group appeared on several package shows promoted by Alan Freed, toured nationally with artists such as Bobby Vinton and Freddie Cannon, and appeared on Dick Clark’s American Bandstand. Their follow-up record, a version of Hank Williams’ “Jambalaya”, released on the Atlantic label, also made the national pop chart, reaching no.90. Their first record for the Lawn label, “Let’s Stomp”, released as a Bobby Comstock single, reached no.57 on the US pop chart in early 1963. The song was written by Bob Feldman, Jerry Goldstein and Richard Gottehrer, who later recorded as The Strangeloves. It was reputedly performed by the Beatles in Hamburg, and was certainly performed by the Searchers and recorded by Lee Curtis and the All-Stars, a beat group featuring ex-Beatle Pete Best. The group broke into the US charts for a final time in 1963 with “Your Boyfriend’s Back”, an answer record to “My Boyfriend’s Back” by the Angels. Comstock also played guitar on the Angels’ album, along with Feldman, Goldstein and Gottehrer. Comstock also established himself as a regular member of rock and roll revival tours, especially as part of Dick Clark’s “Caravan of Stars”, where he performed with Chuck Berry, Bo Diddley, Jackie Wilson, Gene Pitney, The Coasters, The Shirelles and many others. Comstock continued to perform on such tours, both with his own band and as a backing musician, until the late 1990s.

Previous:
IN MEMORIAM: Edd Byrnes, ‘Grease’ and ’77 Sunset Strip’ Star, Dead at 87
Next:
INTERESTING BITS: Stories Worth the Read