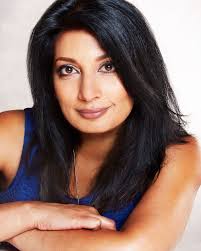 Rekha Ohal on Facebook, 6/20/19: Back in the late 70’s (don’t pretend you weren’t there, I saw you) a song turd of epic proportions entered the scene, stinking up the rest of the year, and possibly the 80’s. Created undoubtedly by a malevolent alien disguised as a songwriter, he inflicted us with “The Pina Colada Song” then flitted off, ne’er to be seen again. Essentially it’s a song about two people in a relationship who are willing to cheat, but when caught realize that they were meant to be together. They base this conclusion on the facts that they both like the drink of amateurs, are unprepared for inclement weather, and think sex on the beach is actually fun. Which means that the alien was actually a pre-teen, fueled by angsty hormonal longings and probably mad that her mom had requested she take out the trash.

Thanks a lot, Rupert Holmes. What did we ever do to you?

Steve Hudgins: Judging Rupert Holmes on Pina Colada is like judging Herbie Hancock on Rockit. Despite the “one-hit-wonder”, he’s a pretty brilliant writer.

Steve Pavey: It was meant to just create a buzz, never to be a hit. Rupert’s production partner, Jeffrey had gotten a one record deal for the Buoys and was afraid the label wasn’t really that excited or committed.

The idea was to write something controversial to create a buzz so that when the label dropped them, another label might pick them up. Instead, Timothy broke the Top 20.

Rekha Ohal —> Steve Pavey: The violin lick in this song alone proves that god is not paying attention.

Jef Gat: If you’re not into yoga~ if you have half a brain…” Whaaaat???? I think the intended cleverness (unachieved) is that he answers a personals ad that, it turns out, was placed by his wife. And then they realize they are indeed “meant for each other.” And the whole cute world is cutely back in properly cute balance again. Too cute. Wayyyy too cute.

Norm Silver: I am doing a band for my son’s wedding. Guess what song the bride requested. Thanks Guardians of the Galaxy soundtrack for Pina’s resurrection .

Chuck Kinsley: I prefer to think of the outcome of this song, two people rekindling their relationship, as a positive twist on what should have been a twisted double murder.

Kenneth Stevens: Hey I LIKE Pina Coladas! And sex on the beach, well, at a certain age with a big beach towel…um ok gotta feed the critters bye…

Tara Covington: They keep playing it on one of our local radio stations. I think to myself WTF…. we are doomed.

Charissa Afshar: I have an essay written about the pina colada song. I go on quite a rant.