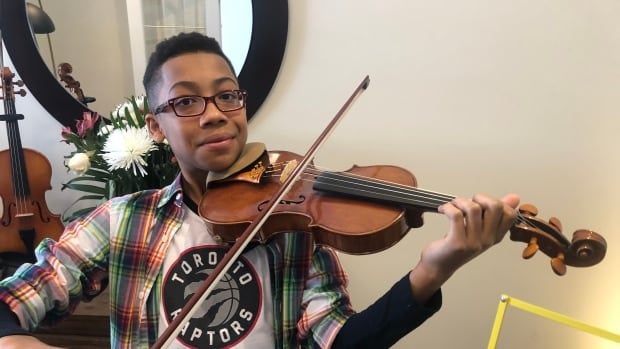 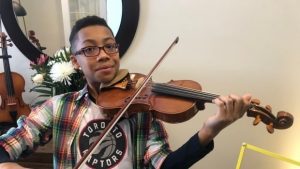 By ShoppeBlack | Lincoln Haggart-Ives is about to do something many musicians have only dreamed of. The thirteen year old violinist, from Vaughan, Ontario., is headed to New York to play at Carnegie Hall.

“I was really excited. I was mind-blown,” Haggart-Ives said of his reaction when he learned his audition tape for the American Protégé Music Competitions had been successful.

“I didn’t really expect that to happen but it happened, so I was really happy and excited. I was just shocked.”

American Protégé is designed for young musicians, actors and singers on the path to a successful career; and gives participants an opportunity to showcase their unique talents.

Organizers say the 2018-2019 competitions attracted the largest number of very competitive applicants on record, hailing from every corner of the world including various parts of the U.S. and 58 other countries.

Lincoln’s mom, Maria Haggart, says she found out about the competition from a neighbour and immediately found the “opportunity for the kids to play at Carnegie Hall” very appealing.

“I thought to myself, ‘I’ll just put Lincoln in and see what happens,’” Haggart told CBC News.

“So, I submitted the video and then last Thursday we just got word that he placed and he will be playing in the winners’ recital in June.”
Preparing for the big stage

Haggart-Ives says he’ll be playing Csárdás, which is one of his favorite pieces.

Csárdás — by Italian composer Vittorio Monti — is a rhapsodical concert piece written in 1904, originally composed for violin, mandolin or piano.

“It has different parts to it. For example there’s a fast bit and there’s a slow bit,” he explained. 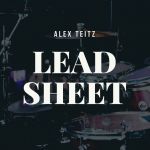 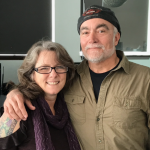