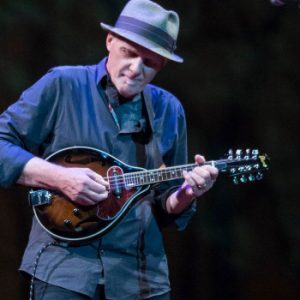 Mark has been a Boulder resident since 1979 and is releasing his FIRST album under his own name – This despite an extensive national and Colorado resume and career. Seven and a half years in Firefall, lead singer for Pure Prairie League, Grammy Finalist for Mark’s project Jumpin Jazz for Kids with Al Jarreau, Dee Dee Bridgewater, Chris Daniels etc. Plus 5 time Emmy winner and extensive production/arrangement/ composition for Oprah’s Harpo Productions.

After years of dancing on the edge of the spotlight as a national touring performer, award winning producer and songwriter, Mark Oblinger’s new release, High Water Line, leaves no doubt that he’s ready to take center stage.

From high-energy anthems to deeply introspective ballads, Mark’s songs are a soulful, eclectic blend of diverse musical textures, inspired by icons including Paul Simon, Peter Gabriel and current influences such as Gregory Alan Isakov and Maggie Rogers. Mark’s lyrics paint vivid pictures of both personal loss and rebirth – and the courage to stand ones ground when left without easy choices.

Since 2015, Mark’s toured the country with Indie/Folk powerhouse Rebecca Folsom, where he began to write and showcase the songs that would become his own High Water Line, set for a summer 2019 release.

Thanks to Steve Garvan for reminding us of Mark’s achievement and album release!
http://www.garvanmanagement.com