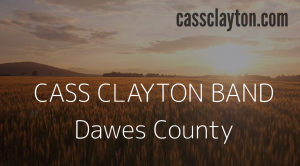 I’m sooo excited to share our new official music video with you! “Dawes County” is the first song on the PLAY NICE album and is about where I grew up in western Nebraska. I haven’t been back in many years – in fact, my grandmother’s funeral marked my final return to a place that holds a lot of great memories. In the song, I try to convince myself of all the reasons I don’t want to go back. But, of course, there will always be a huge part of me that’s nostalgic for my original home. The song is also about the slow death of so many towns in rural areas where it’s hard to make a living.

[Editor’s note: Two of the song from Play Nice just scored in the Top 21 of COMBO’s 2019 Songwriting Contest!]