Home CongratulationsKUDOS: COMBO’s Honorees at Their Awards and Showcase Event

KUDOS: COMBO’s Honorees at Their Awards and Showcase Event 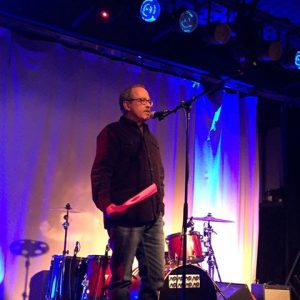 Scott Fitzke of the Law Firm of Steward, Shortridge & Fitzke, P.C. – and the Colorado Blues Society!

COMBO honored many of the music businesses that musicians turn to for help in furthering their careers at their 4th Annual Songwriter Contest Winners’ Showcase last Saturday night, October 29th at the Walnut Room. The awards were presented by members of the COMBO Board. The following businesses and the categories they were in were awarded Certificates of Recognition for their customer service and loyalty to musicians:

From the Colorado Blues Society – http://www.coblues.org:

CBS’ SCOTT FITZKE HONORED AT THE COMBO AWARDS
Last Saturday night, October 29th, Scott Fitzke was honored for his outstanding legal service and dedication to Colorado musicians by COMBO – COlorado Music Business Organization. Scott is a long time board member and vice president of the Colorado Blues Society, as well as a board member of the international Blues Foundation. Scott accepted the award on behalf of the Colorado Blues Society and gave a great overview of what CBS does in the community. Congratulations Scott! Thanks for all you do!

Recording Studios – Presented by Clark Hagan:
Glenn Sawyer- Spot Studios; Colorado Sound; Macy Sound Studio; KMG Life (Boulder)
[Clark not only took the time to research to let us know more about these studios but he also wore a Caribou Ranch Studios t-shirt and told us a little about Caribou’s history. And John Macy from Macy Sound Studio and Kyle from KMG Life also attended to accept their awards in person! Thank you all!]

Promotion Supplies & Products:
CODA, Inc. [CODA made the compilation CDs and the Certificates for COMBO. We truly thank them for their assistance]; Eyedea Worx; Shadow Sportswear (Bill Martin); The Pick Guy (custom made guitar picks).

We also want to thank the bands Adrienne O and Ghostman for playing at our After Party! They were also the recipients of COMBO’s “Pay the Band – Dammit” Award!