KUDOS: Congratulations to Airshow Mastering on Their GRAMMY Award Nominations 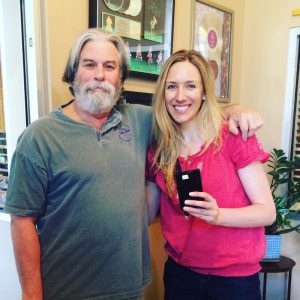 Katey Laurel had the distinct pleasure of working with legendary mastering engineer in the folk world, David Glasser at Airshow Mastering in Boulder. Here’s a picture of us the day I picked up the hard drive. Such a pleasure working with this man. He makes everything sound its best.

Local music-related business, Airshow Mastering, writes: The GRAMMYs head to New York City on January 28, 2018 for their 60th Anniversary, and we’re excited that several Airshow projects are in the running.