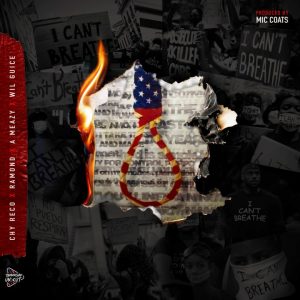 By John Wenzel, The Denver Post | When a group of veteran Denver hip-hop MCs, producers and their families and friends assembled in front of stories-high Black Lives Matter murals for a video shoot last month, they couldn’t help but draw a crowd.

“The first day we shot in front of murals of George Floyd and Breonna Taylor, and people just started showing up,” said Mic Coats, who produced the song “I Can’t Breathe (Again).” “The second day it was just a few of us at the Elijah McClain mural, but these people doing a bike tour of the murals stopped to watch the amazing cello and violin players we had. Even 9News showed up.”

Like the song — a cutting, soulful protest anthem that channels the passion and pain of the Black Lives Matter movement — all of this happened “without the crazy, car-salesman push” that many group efforts require, he said.

“It was organic in the same way the song came together — emotional, tears, even goosebumps,” said Coats, who has worked with artists such as Trev Rich and Danae Simone. “And when we privately premiered it a few nights ago, people were crying when they saw it. Even the radio folks.”

Those radio folks — KS 107.5 program director Victor Starr and on-air personality Toshamakia — are two of the biggest names at Denver’s market-leading hip-hop radio station, and one that’s been playing “I Can’t Breathe (Again)” up to seven times a day, every day, since it premiered on June 12.

Now, with a video produced by Denver’s Dreamersday Productions, the team behind “I Can’t Breathe (Again)” is hoping the song will find even more fans outside of the Mile High City. 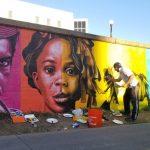 Previous:
BUSINESS NEWS: Register Now for Imagine 2020 Speaker Series: How to Be an Anti-Racist Organization 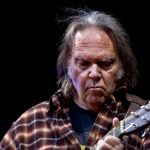