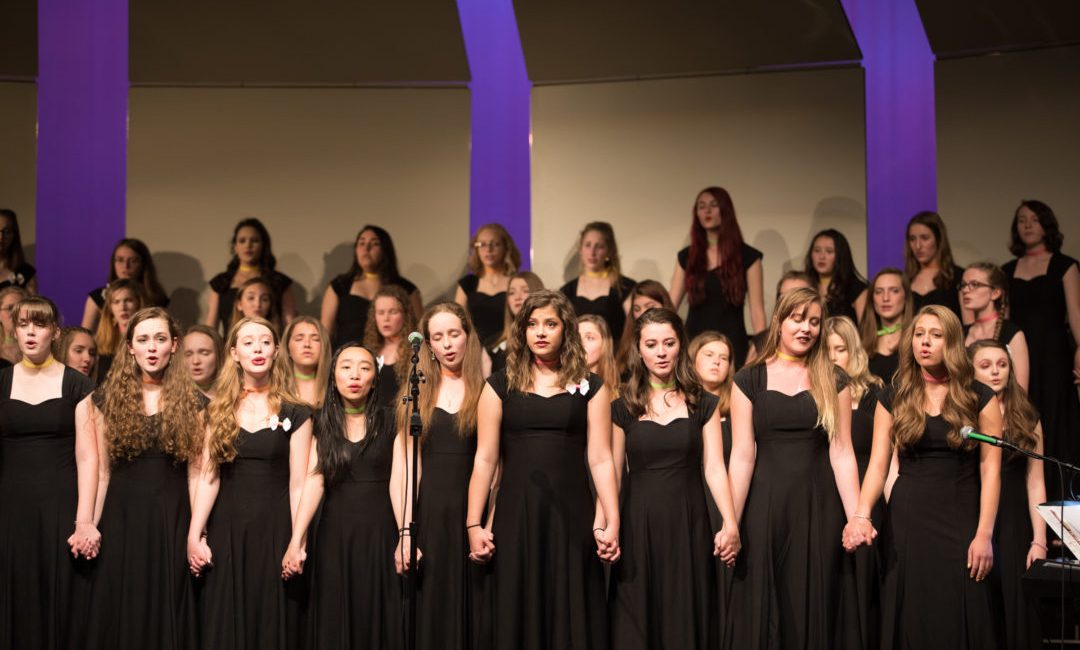 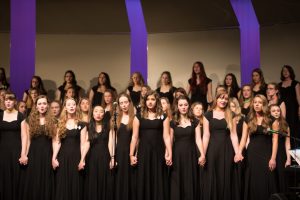 I am humbled to have Chalkbeat share our story. On this Valentine’s Day, we also honor the 2-year anniversary of the Parkland shooting. Days after that horrific event, we faced a violent threat at our own school and a student responded with poetry. The beautiful words of Arvada West student Taylor Huntley, written as a response to these events, led to a poignant composition by Andrea Ramsey. Last year’s premiere of Andrea’s “Hive of Frightened Bees” led to a deep discussion with John Muehleisen, which led to a powerful 14-minute tribute called “Consolation: Requiem for Parkland.” In three weeks time, our brave sopranos and altos in Company West will present both pieces as part of a program at the ACDA: Southwestern Division conference in Little Rock, Arkansas. I invite you to read our story…

The choir at Arvada West High School in Colorado has commissioned and performed two songs about school shootings in an effort to help students process their fear.

Our choir program has performed all over the world. But the most meaningful work we’ve ever done tapped into emotions that we felt in our own school.

Two years ago this week, my Colorado high school experienced a shooting threat just days after 14 students and three staff members were killed at Marjory Stoneman Douglas High School in Parkland, Florida. Though devastating for the entire nation, the Parkland massacre was especially difficult for high school students. These were their peers: kids aged 14 to 18. It was tough for us teachers as well. There was a palpable heaviness amongst the student body.

Two days after the Parkland shooting, a violent threat was inscribed on a wall in one of our bathrooms. This really shook all of us to the core. We were already grieving, and the possibility that the same thing could happen at our own school — not far from Columbine, the birthplace of modern-era school shootings — felt very real.

The threat spread through our student body, and by the last class of the day — advanced mixed choir — I could feel the heavy emotional weight as the students entered my classroom. Even though our performance was just weeks away, I knew we couldn’t proceed with the lesson planned for that day. Instead, we stood in a circle, grasped hands, and sang “Let My Love Be Heard” by Jake Runestad. We sang this piece as a tribute to the Parkland victims, and as a way to face our communal anxieties.

The students spent the next hour sharing their fears, frustration, anger, and sadness. One student wrote a poem and shared with the class. In it, Taylor Huntley likened her emotions to “a hive of frightened bees” and worried that she and her classmates would never be able to feel safe from those who threaten violence.

“No matter what is said, no matter what we do, they always find a way. Blind to the future, blind to the past, blind in the present,” her poem concluded. “I hope one day we will change.”

When Taylor finished sharing the poem, we were all in tears. With her permission, I shared it on a choir director group on Facebook and it wound up in the hands of Andrea Ramsey, a well-known American choral composer, who became very interested in the poem. One feature of choral music is that professional composers are often willing to work with high schools for a reasonable fee — or sometimes pro bono, depending on the school and situation. In our case, we raised funds to commission Ramsey to set Taylor’s powerful words to music. The title of the composition became “Hive of Frightened Bees.”

In the weeks and months while “Hive of Frightened Bees” was being composed, Andrea and I shared many conversations about what this music composition should look like. One of the most poignant lines of text reads, “No matter what is said, no matter what we do, they always find a way.” We decided to add names of 10 school massacres for individual members of the choir to recite, to paint that picture that nothing seems to change.

The music was completed and finally got into the hands of students a year after Parkland. From that point to the premiere performance, only about half of the rehearsal time was spent on actual notes and rhythms. We spent many hours discussing how the composition supports the content of the text, and how we could articulate the music to provide the strongest emotional connection for the singers and audience.

We also had many deep discussions about how the students feel, living in this era of school shootings. While hesitant at first, the students became deeply vulnerable about their fear, trauma, anger, sadness, and frustration. Many shared that they are frustrated that adults don’t seem to validate their feelings because they are “children.” Others worried about younger siblings. Some shared that the first thing that they do when they walk into a classroom is review where they would hide if there were an active shooter. This music made it safe for the students open up about their feelings.

We premiered Andrea’s new composition May 10, 2019, just three days after yet another nearby school shooting, at the STEM School in Highlands Ranch, Colorado.

I had never seen an audience respond as they did. It was an eerie mix of hushed crying and dead silence. At the end of the song, there were more than 30 seconds of nothing, followed by a rousing standing ovation. It was one of the most powerful moments in my life as a choral director.

What made this so powerful? I believe it was because it went far beyond surface level entertainment. The words and notes traveled into the audience and pierced their hearts. The audience had a firsthand look at how strongly school shootings affect our children. Parents and other supportive adults were reminded that most of us didn’t have to grow up in this world. Seeing students on stage pouring their very real emotions into such a difficult subject brought real awareness to the community of how traumatic shootings can be for our young people.

The summer after the May performance, the choir that premiered “Hive of Frightened Bees” was invited to perform at both our Colorado state music conference as well as the American Choral Directors conference in Arkansas. When deciding what choral repertoire to study in preparing for these performances, I knew I had to explore the school shooting topic further. The community was obviously deeply affected. Two different news stations came to the school to cover the story. Emails poured in from community members commending the students on their courage.

We commissioned another piece of music in creating our 30-minute themed concert program. This one is a 14-minute composition entitled “Consolation: Requiem for Parkland” by Washington-based composer John Muehleisen.

Spending the entire fall semester on music related to school shootings led to many powerful conversations with the students. Not only are the fears and sadness still prevalent, but those conversations have also turned political at times. It has been amazing to see these students disagree with one another about charged topics, while still fully respecting and honoring one another. That’s something I almost never see.

While the solution remains a point of disagreement, the students have decided that the reason there has been no progress is that no one is listening to one another. They brought up that because there is so much hatred and dehumanization on social media and in politics, progress has stalled. The students shared that if we are to solve the problem, we must start listening and valuing one another. We must not let disagreements inhibit our desire to communicate.

I believe that my job as an educator is not to simply teach and validate music theory and skills, but to prepare students for the rest of their lives. Even in a music class — or perhaps especially in a music class — I can can play a role in teaching them how to have a civil conversation and how to interact and value someone with whom they disagree. I can find ways to approach vulnerable and scary subjects. And I can give my students the tools to create a more peaceful and beautiful world.

Chris Maunu is the director of choral music at Arvada West High School in Arvada, Colorado.
About our First Person series:

First Person is where Chalkbeat features personal essays by educators, students, parents, and others trying to improve public education. 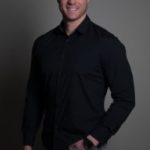 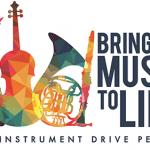