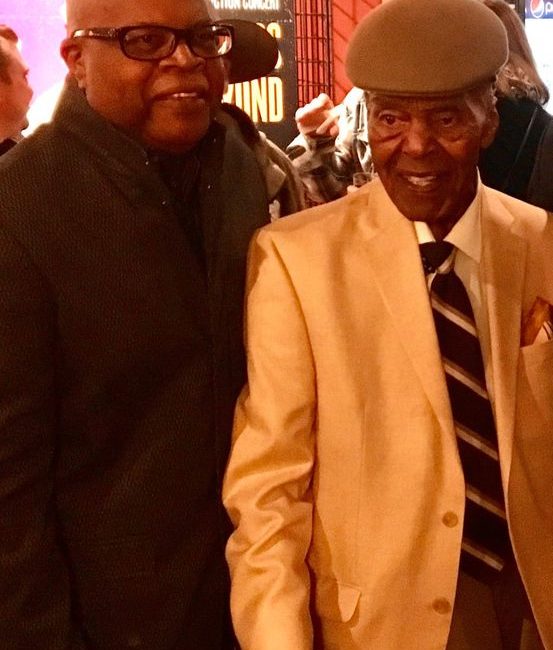 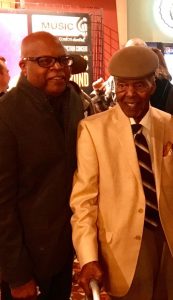 From Chris Daniels on Facebook, 10/05/20: A moment to celebrate. Happy 100th Birthday to the “Jackie Robinson” of symphony orchestras -the incredible Charles Burrell. He was the first black musician to break the color barrier for symphony orchestras (Denver Symphony Orchestra in 1949) and later with the San Francisco Symphony Orchestra – and he’s one of the “stars” of the Jazz era in Five-Points playing with all the greats from Ella to Bird and Dizzy when they came through town. Here he is with fellow Hall of Fame inductee Freddi Gowdy who plays with the Kings and was with the Freddi Henchi Band for all those incredible years. Happy Birthday Charlie! Big hugs CD

Teri Rasmusson: Charles Burrell is a wonderful fellow. I have heard him sit in with players at times. One time we all played a tune together with a drummer and trio at the Mercury Cafe. Charles had his bass near by so he joined in. Very nice chats over the years about his symphony days. We compared notes . Happy Birthday!

Yesterday, I visited Charlie Burrell on his 100th birthday. The centenarian became the first African American to play in a U.S. symphony when he took a job with the Denver Symphony in 1949.

He once told me it made him sick to take a break from practicing on his stand-up bass. But he said something hilariously unexpected when I asked what he’s listening to these days.

“Nothing,” he said. “I’ve had enough music in my lifetime. After 85 years of music, that was enough.” 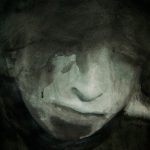 Next:
KUDOS: Jeff Campbell’s I Am Raverro Tells Story of Union Station Beating