Terrific news! Colorado heavy metal band Havok was selected by the Slipknot crew to be featured amongst the “concert” series they are featuring online. Millions of bands out there… a band from little Colorado made the cut!!!

The concert was filmed at the Bluebird last December as they were busy during 2019 writing and recording their latest studio album “V” released on May 1, 2020.

They had no clue they would be using the footage from the Bluebird show during this strange year of empty venues.

Lead singer/guitarist David Sanchez is also busy with his own business as a producer, mixing and mastering different artists. Some other solo projects, too. Additionally, he’s enjoying being home and not on the road full time.

From their website:
(New York, NY – February 12, 2020) Colorado-based thrashers Havok are back! After a whirlwind yet rewarding cycle for 2017’s Conformicide effort, the high-octane outfit have emerged from the studio victorious with their new album, V. Engineered, mixed, mastered by Mark Lewis (Cannibal Corpse, The Black Dahlia Murder, etc.) and showcasing stunning artwork by Eliran Kantor (Testament, Hatebreed, etc.), V was released worldwide on May 1, 2020 via Century Media Records.

Havok’s guitarist/vocalist David Sanchez explains about V: “A lot of experimentation went into the writing and recording of ‘V.’ The album offers the same intensity that we’re known for, but with a few twists that may surprise people. The music is dense with lots of different intertwining parts and we’re beyond excited to release our best-sounding record to date.”

The track listing for V is:
1. Post-Truth Era
2. Fear Campaign
3. Betrayed By Technology
4. Ritual Of The Mind
5. Interface With The Infinite
6. Dab Tsog
7. Phantom Force
8. Cosmetic Surgery
9. Panpsychism
10. Merchants Of Death
11. Don’t Do It

Havok are also pleased to announce their newest band-member addition in bass-player Brandon Bruce, who debuts on V.

Bruce comments:
“I am really excited about this record and to be playing bass with Havok. We really focused on structure and songwriting while maintaining the heavy riffs and brutal music the band is known for. I’m proud of how it turned out and can’t wait for everyone to hear it.” 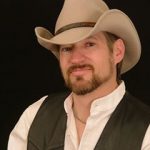