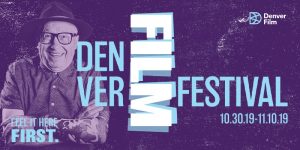 In 2019, Denver Film is once again honored to present the Music on Film—Film on Music (MOFFOM) Grant to outstanding independent documentaries to support costs associated with music licensing, composition, and scoring. The MOFFOM jury was thoroughly impressed with the many applications they reviewed, and would like to congratulate all applicants on their excellent projects.

The Music On Film Film on Music grant is made possible by the generous support of John Caulkins, without whom the MOFFOM project would never have been possible. Due to Mr. Caulkins’s vision and support, independent documentary cinema has received funding for music licensing, scoring, and composition for many years.

THE LETTER – Directors: Maia Lekow, Chris King | The Letter tells the story of Karisa, a young man who must return to his hometown of Mombasa to clear his Grandmother’s name.

Denver Film and the MOFFOM jury are excited to support these projects in their progress towards a bright future with a $20,000 annual grant to documentary filmmakers for music. In attendance was John Caulkin, son of Ellie, who started the grant. The panel was:

The panel spoke about getting your music in film, tv to a crowd of composers and filmmakers. Most of the panel had been jury members for this grant. It was sponsored by CFVA and Ratio Beerworks, who had free beer on hand.