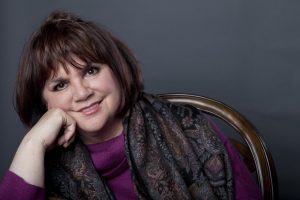 Others chosen to receive the award for lifetime achievement in the arts include singer Linda Ronstadt, conductor Michael Tilson Thomas and the musical group Earth, Wind and Fire.
Full Coverage: Kennedy Center Honors

The recipients announced Thursday will be honored during a gala ceremony in early December. For the third straight year, the attendance of President Donald Trump seems likely to be a subject of speculation in advance of the event. Trump has skipped the past two celebrations. The first time , multiple recipients threatened to boycott the event if he attended.
> > > > > > > > >
Ronstadt was one of the faces of American music in the 1970s and 80s, landing on the cover of Time magazine in 1977. Her four-decade career moved smoothly between country, pop and rock with occasional deviations into Mexican folk songs. In 2011, she announced her retirement from singing, citing the advancing effects of Parkinson’s disease.

In an interview with The Associated Press, Ronstadt professed to a fairly ambivalent relationship to the collection of prizes, awards and honors she has accrued. “I don’t think a lot about prizes,” she said. “You do the work for the work.”
> > > > > > > > >
The 42nd annual Kennedy Center Honors Gala will be held on Dec. 7. The presenters and performers are usually kept secret from the honorees until the show.
> > > > > > > > >
The event will be broadcast on CBS on Dec. 15.