Home CongratulationsKUDOS: ‘The Masked Singer’ Reveals the Identity of the Rhino: Here’s the Star Under the Mask

KUDOS: ‘The Masked Singer’ Reveals the Identity of the Rhino: Here’s the Star Under the Mask

By Michael Schneider, Variety | Former pro baseball pitcher Barry Zito has spent the past few years focusing on his music career. Just last week, he released a cover of the Kenny Rogers track “The Greatest.” Now, it turns out millions of TV viewers have been listening to Zito perform this spring.

Zito was the latest star to be unmasked on the hit Fox reality competition series, having been disguised as the Rhino. (Scroll to the bottom of this story to watch the video of his unmasking.)

“I grew up in a musical family and I always wanted to write songs and produce songs,” Zito told Variety. “So when I landed in Nashville at the end of my career, I went right into songwriting and I really started hitting the co writing on music real hard for a few years. That was incredibly a learning experience for me.”

Zito released an EP in 2017, and has been regularly writing and co-writing songs. But “The Masked Singer” still presented a new challenge: “I thought wow, this is really scary and I don’t really feel like singing on a stage in a costume, that feels like something that’s so far out of my comfort zone. But I know that I’ve always had my biggest transformations personally when I am uncomfortable.”

Adding to that stress, the Rhino costume was perhaps one of the most difficult to sing in. “I could only see the ground,” he said “There was two little quarter-size nostrils of the Rhino that I could see in but I couldn’t really navigate through there. Also the mask was really front heavy, because it was a huge Rhino. That, coupled with the fact that I’ve never sang and danced before, I’ve only ever sang with an acoustic guitar, sitting on a stool. My first couple of days were like, ‘Oh my gosh, what did I get myself into here? This is incredibly difficult.’”
> > > > > > > > >
Read the whole story here:
https://www.yahoo.com/entertainment/masked-singer-reveals-identity-rhino-010018274.html 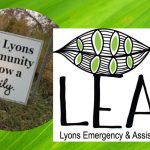