Home Movies and Books of the monthMOVIES and BOOKS: A Song for a New Day: Concerts Become Illegal in a Musician’s Future

MOVIES and BOOKS: A Song for a New Day: Concerts Become Illegal in a Musician’s Future 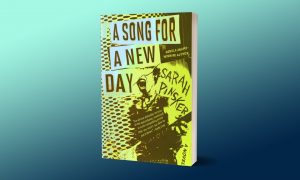 This is fiction book from last year that is imitating reality. It is also an award winner. Here’s some info: A Song for a New Day is a 2019 science fiction novel by American writer Sarah Pinsker which received the 2019 Nebula Award for Best Novel. The novel follows the life of a musician in a future where pandemics and terrorism makes public events such as concerts illegal.

Kirkus Reviews called A Song for a New Day “a gorgeous novel that celebrates what can happen when one person raises her voice.” while Publishers Weekly gave the book a starred review and said “this tale of hope and passion is a remarkable achievement.”

From Wikipedia, the free encyclopedia:
https://en.wikipedia.org/wiki/A_Song_for_a_New_Day

BTW you can’t buy a new copy on Amazon. Both Barnes & Noble and Tattered Cover have copies

A Very Punk Future: Sarah Pinsker’s A Song for a New Day

By Tobias Carroll | Sarah Pinsker’s A Song For A New Day starts with an ending and a beginning. Luce is a touring musician in the near future; while on the road, Luce and her band start to notice things happening around them that suggest their society is on the verge of something big. A bomb threat prompts their hotel to be evacuated. Soon, they band learns that this isn’t an isolated incident, that something larger is happening. By the end of it, an element of American society will have been pushed past its breaking point, with large gatherings of people—concerts, sporting events—made illegal. Luce will find herself with the dubious distinction of being the last major musician to perform live before society changed forever.

That’s the ending. The beginning? That happens with Rosemary, who works for a ubiquitous retailer called Superwally and lives on a small isolated farm with her parents. A chance encounter at her job leads to a job offer from StageHolo Live—essentially, a virtual concert-going experience that has an effective monopoly on live music. Rosemary’s story begins a few years after Luce’s—though the two will eventually sync up—and one of the quietly unnerving facets of Pinsker’s novel is how Rosemary takes for granted things that Luce (or nearly anyone reading the novel) will find alienating.

Rosemary came of age at a time where virtual interactions were the norm, where interacting within large groups of people was simply not done. “We didn’t think about it,” Rosemary’s mother tells her when her job takes her to Baltimore. “We went to movie theaters where hundreds of people sat in the same room and stadiums where thousands sat next to each other.” By the time of the bulk of A Song For a New Day’s narrative, that era has passed; as Rosemary experiences the world, there are tiny reminders that any sort of congregation is frowned upon, both by custom and by law.

Extrapolating the future of security theater and applying it to things most people take for granted is one of several ways Pinsker’s novel feels deeply lived-in. So too are the musical dynamics: by the time Rosemary encounters her, Luce is running an underground venue and playing music in a number of groups, each with a different sound. There’s an adventurousness there, one which lines up with a number of iconic contemporary musicians. (Any one of several members of The Mekons or Sonic Youth would serve as a solid touchstone.) Pinsker is herself a musician, and her descriptions of local scenes and onstage dynamics rings deeply true, whether she’s writing about a rock band or an electronic musician making use of biomechanical implants.

Rosemary’s work finding new artists for StageHolo Live leads to her path crossing with Luce’s. Here, too, there’s tension—the perennial conflict between the music industry and the DIY advocate familiar to, well, anyone with a passing knowledge of punk rock. But even when local music scenes have been raided by local law enforcement, the actual act of holding a concert wasn’t itself illegal. By setting this novel in a society where DIY can literally be against the law, Pinsker ups the suspense considerably. To call this novel completely dystopian wouldn’t be entirely accurate, though: there’s a passing reference to states having established a basic income, for instance. It’s a fascinating paradox: elements of this world are utterly terrifying, but Pinsker balances that neatly with elements to show its appeal.

Read the rest of the review here – then get to the book store to buy it!

A Song for a New Day is available from Berkley Press.

Tobias Carroll is the managing editor of Vol.1 Brooklyn. He is the author of the short story collection Transitory (Civil Coping Mechanisms) and the novel Reel (Rare Bird Books). 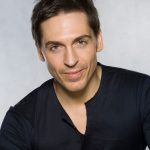 Next:
IN MEMORIAM: Brian May Pays Tribute as ‘magnificent’ We Will Rock You Star Michael Falzon Dies Aged 48 // Other Notable Musicians’ Deaths