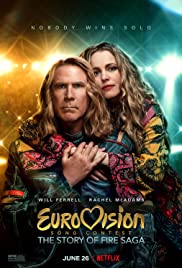 Home Movies and Books of the monthMOVIES: COMBO Board Member Johnnie Johnson Suggests These Two Movies

During COMBO’s last board meeting, Johnnie Johnson of Innervision Records suggested the following two movies being shown on Netflex in case you and your family are looking for music-based entertainment to keep you from being bored while staying home from the coronavirus this summer. If you like comedy, Eurovision Song Contest: The Story of Fire Saga would be for you. However, note that it is NOT for the kids. Prefer your movies “creepy”, then The Perfection should fit the bill.

When aspiring musicians Lars and Sigrit are given the opportunity to represent their country at the world’s biggest song competition, they finally have a chance to prove that any dream worth having is a dream worth fighting for.

To prep for the film, Will Ferrell attended the 2018 The Eurovision Song Contest (2018) in Lisbon, Portugal as part of the Swedish delegation and was given access to follow the show from start to finish, including rehearsals.

Will Ferrell’s interest in the Eurovision Song Contest began when his Swedish wife Viveca Paulin took him to her cousins house in May 1999 and the family turned the competition on. Since then, he kept following it. In 2014, Ferrell traveled to Copenhagen, Denmark to watch the finale of The Eurovision Song Contest (2014), in which Conchita Wurst was crowned the winner.

An elegant and terrifying suspense ride filled with unexpected twists and turns. When troubled musical prodigy Charlotte seeks out Elizabeth, the new star pupil of her former school, the
encounter sends both musicians down a sinister path with shocking consequences. 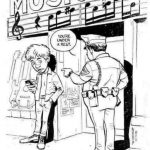 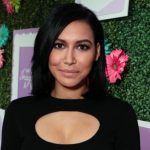