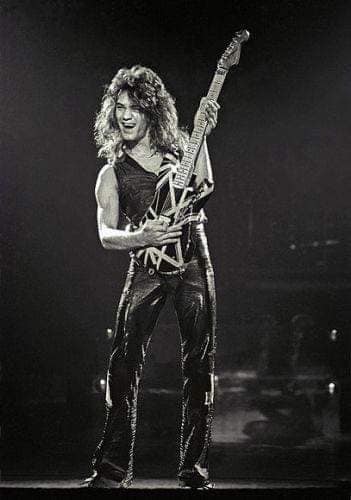 Mark Trippensee on Facebook, 10/10/20: Edward Van F*cking Halen. Sometimes these things hit you harder the 2nd day than the day it happened, or maybe it was the ability to drive around today, having literal tears, blasting Fair Warning and 5150, as if I was back cruising Main in ’87. Mean Streets, Dirty Movies, So This Is Love, C’mon….

There’s very few last names you could think of in this world, that are not only a noun, but also an adjective, a verb, an exclamation, a war cry, or a call to arms for all your teenage friends. Who else’s last name did you write on your Opee-Chee folder?? Van Halen wasn’t just played at our parties, it WAS the party. Edward didn’t buy guitars and amps to play- he simply BUILT them, the same exact way that he literally built that instrument’s playing style, from the ground up- to the point that guitar tablature had to INVENT the symbols/notations for what he was doing. Why? Because they didn’t exist before then.

The question was being asked all over Sirius today, ‘Where were you when you first heard VH??’ The answer is simple; In a music class, elementary school, with a frumpy, grumpy music teacher that thankfully allowed ‘record day’. At the age of 10, I brought in AC/DC’s ‘Rock n Roll Ain’t Noise Pollution’, (In which she scribbled on the board after it’s title, “Oh yes it IS!!”), and Geoff Bean brings in his brother’s copy of Van Halen 1, and plays Eruption- then I spent the next days wondering what that instrument even WAS. Thank you, Geoff.

Several thousand years of recorded history, and if you’re my age- just think that you got to be here, being a pre-teen, when that stuff came out, which ushered you into teenage years, adulthood. (Whom I was blessed to see, close to 10 times, with all three singers) Try not to be too sad that Eddie’s gone, but try to more to be happy Eddie was HERE. Fingers, Picks or sticks, whichever you choose to play your instrument with- Eddie made that possible for all of us, with that cheeky grin on his face, cigarette on the headstock- like what he was doing was EASY. And 40 years later- we’re still chasing who was literally the Mozart of our generation.

It’s gonna be hard here without you, Eddie. Your class project- is to raise a glass of whatever you choose this weekend, and proclaim (Loudly); VAN. F*CKING. HALEN. 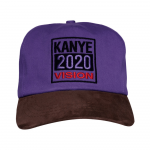 Next:
MUSIC NOTES: Question: How Do I Protect My Voice From the Constant Smoke in the Air?