Home EventsNEWS: COMBO’s Special Tribute to Our Soldiers Who Died While in Service of Our Country

NEWS: COMBO’s Special Tribute to Our Soldiers Who Died While in Service of Our Country 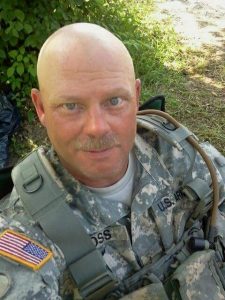 Starting today, May 24th, COMBO’s Featured Songs for June will be songs about soldiers written by Colorado songwriters, some of whom themselves have served in our Armed Forces like Troy Hoss (Army) of Canon City and Jeff Norman (Marines) of Castle Pines, and the late Al Read (Army) of Collbran, Colorado. We’ll also feature songs about their loved ones by Parker’s Kristi Hoopes and Texas-to-Denver, Colorado’s Leslie Tom.

Why Do We Celebrate Memorial Day? … Memorial Day is a solemn day of remembrance for everyone who has died serving in the American armed forces. The holiday, originally known as Decoration Day, started after the Civil War to honor the Union and Confederate dead. It is observed on the last Monday of May [May 28th this year]. Originally known as Decoration Day, it originated in the years following the Civil War and became an official federal holiday in 1971.

Q. What is the difference between Veterans Day and Memorial Day?
A. Many people confuse Memorial Day and Veterans Day. Memorial Day is a day for remembering and honoring military personnel who died in the service of their country, particularly those who died in battle or as a result of wounds sustained in battle. Veterans Day – November 11 – not only preserves the historical significance of the date, but helps focus attention on the important purpose of Veterans Day: A celebration to honor America’s veterans for their patriotism, love of country, and willingness to serve and sacrifice for the

Jeff Norman: Pete’s Song: My high school friend Klaus Peterson served 2 tours as a tracker with the Army’s 173rd Airborne Brigade… his unit called him “Pete”. He tragically had to interrupt his tours to return home to NY for his younger brother’s funeral, who had died in a fire… He’s been through it all and still comes out swinging. He saw me off at the Flagstaff, AZ bus station in 1975 as I headed to USMC boot camp, and we’ve been songwriting partners for over 45 years.

Leslie Tom: Didn’t Think Twice: The song is a moving tribute to her grandfather, Milton Smallwood Alexander, and his service during World War II in Normandy, as well as a document of the sacrifices those serving tours of duty in our armed forces still make today on behalf of their country. With this generation of men and women quickly passing away, Leslie wanted to craft a song that told their story but that other veterans and active-duty service men and women could relate to as well. “Didn’t Think Twice” is the first single from Tom’s EP, entitled Leslie Tom, which was released in February 2017.

Previous:
EVENTS: Calendar and Bell Ringers for Thursday, May 24, 2018
Next:
IN MEMORIAM: Tsehaytu Beraki, 78, an Eritrean krar player // Other Notable Musicians Deaths