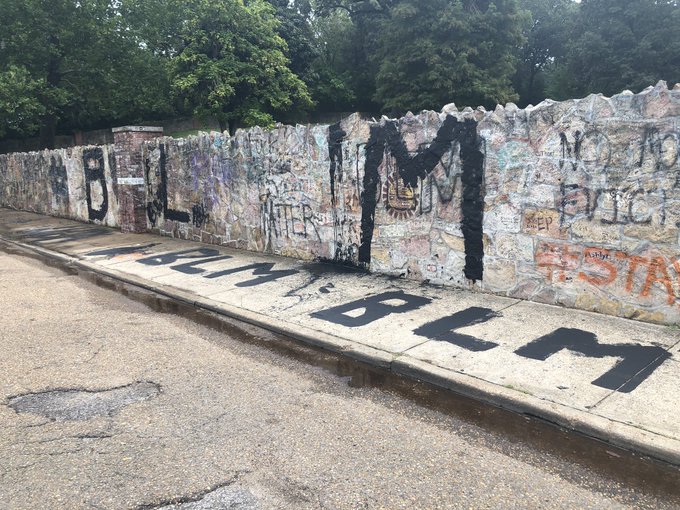 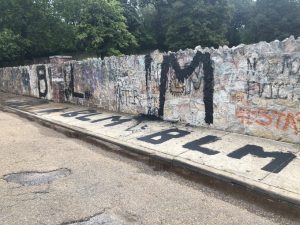 The walls and sidewalks outside Elvis Presley’s Graceland were vandalized over the weekend.

By James Crowley, Newsweek | Tuesday, Graceland, the estate turned memorial for musical pioneer Elvis Presley, was found to be vandalized with spray paint.

According to local outlet Commercial Appeal, the wall and sidewalk surrounding the Memphis landmark and tourist attraction were found to have graffiti sprayed all around them on Tuesday morning. Protest slogans like “Defund the Police”, “Abolish ICE”, “Black Lives Matter” and more were found in black and orange letters around the property.

Similar graffiti was found on historic concert venue The Levitt Shell.
> > > > > > > > >
Joyce Peterson: The wall outside @VisitGraceland in #Memphis where #Elvis fans write their names and tributes to The King was vandalized overnite. #BlackLivesMatter #DefundMPD #AbolishIce & #BreonnaTaylor were spray painted all over the wall. 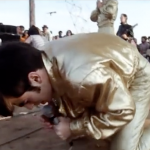 Previous:
NEWS: A Documentary About Woodstock ’99 is Coming to Netflix 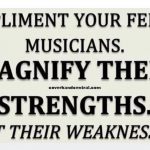 Next:
EVENTS: Calendar and Bell Ringers for September 3, 2020